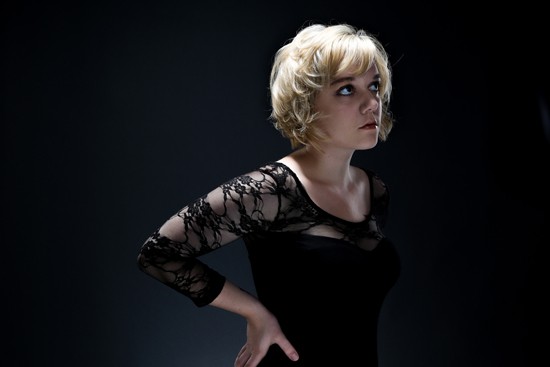 From huge arena-rock giants such as Imagine Dragons to humble punk offerings at a Cherokee Street coffee shop, this weekend brings a whole array of local and touring acts alike. Of special note is Twangfest 19, which wraps up a four-day stint at Off Broadway over the weekend. Between Lydia Loveless and the Bottlerockets, this year's event brings some of the best and most beloved names in the folk, Americana and country set.

Imagine Dragons Friday, June 12 Scottrade Center 7:30 p.m. | $26.50-$56.50 Have you been to a gym in the past three years? Be honest now. Anyone who recently raised a dumbbell in public has no doubt heard Imagine Dragons' hit "Radioactive," which couldn't be a better anthem for pumping iron. In addition to being genuinely good, the song has been used to help sell video games, headphones and films. All that commercial success, combined with several Billboard Music Awards, makes Imagine Dragons the next arena rock darling. Ticket prices will only go up from here, so get while the gettin's good, as they say.

Jungle w/ Sunni Colón, Michael Bishop, Hubbble Friday, June 12 The Ready Room 8 p.m. | $18.50-$20 Bonnaroo is overrated. Why make the trek when waiting just one day lands the best bands right in your lap? Jungle is one such group who, after last year's self-titled LP, has blazed a new trail with funk revival jams that feel fresh with palpable sass. Take the soul of the '70s and turn back the clock just a few minutes before disco's heydey and shove the genre's best through a wormhole. That's where Jungle came from, and lucky for us the band is here to stay.

The Meatmen Friday, June 12 Fubar 8 p.m. | $12-$14 By Daniel Hill Socially conscious music is all well and good, but sometimes you just want to listen to some good ol' fashioned punk songs about poop and boners. Fortunately, the boys in the Meatmen have got you covered.

Twangfest Day 3 w/ Lydia Loveless, Nadine, The Trio Project Friday, June 12 Off Broadway 8 p.m. $17/$20 This night is arguably Twangfest's strongest offering this year, if not the most emotional show of the bunch. Read more in this week's RFT about Nadine's special reunion show, albeit without late bassist Anne Tkach. With Lydia Loveless in tow, there's not a single act we wouldn't consider to be the "headliner."

Hinder w/ Full Devil Jacket Saturday, June 13 Pop's Nightclub 7 p.m. | $18-$20 Hinder carries on the sensitive croon of bands like Guns N' Rose, who are totally considered "hard" rock, right? You're not fooling anyone, dude with makeup and perfect, shimmering hair. Inside every rock-hard exterior there's a soft center waiting to show itself through distorted guitars. But let's address the elephant in the room: The band's 2006 hit "Lips Of An Angel" is essentially based on the singer's sordid lust for whoever isn't his girlfriend at the time. Yikes.

Hollywood Ending Saturday, June 13 The Firebird 7 p.m. | $15-$60 Take a look at that ticket price. Yes, there's a $60 price tag attached to the show, but I'm going to take a wild guess and say that's the cost for a meet-and-greet. Sure, the Radio Disney rock stars might make pristine pop songs, but what would you really do if you had the crew all to yourself? Wait, don't answer that.

Nneka Saturday, June 13 Blueberry Hill 8 p.m. | $18-$20 By Roy Kasten With the release of this year's full-length My Fairy Tales, Nneka Lucia Egbuna has demonstrated that, at the age of 25 and past the point of anything resembling buzz, she is among the most compelling and political artists in contemporary worldbeat music.

Twangfest Day 4 w/ The Bottle Rockets, Eric Ambel, Jimbo Mathus Saturday, June 13 Off Broadway 8 p.m. | $19-$22 The Bottle Rockets might be hometown heroes, but that title didn't come over night. The band has cut its teeth on the road, in dive bars and just about every space imaginable for more than twenty years. This night closes out the 19th installment of a free-range, homegrown music festival with its sights set on upward growth. Twang for the future.

Lions w/ Messes, Lobby Boxer, Supercousins, Bike Path Sunday, June 14 Foam Coffee & Beer 8 p.m. | $5 As with any musical movement, very few bands get proper credit, only to be seen as hangers-on. While Lions doesn't bask in the limelight, its spot is firmly off-center, sporting an off-kilter take on alternative rock. The sound is a sparkling bomb of noodling riffs amid jazz-obsessed beats. While the vocals lean on glossy pop sentimentality, the voice fills in subtle gaps, making for pure, refined sing-songs that aren't scared to dive off the deep end. Don't expect a new full length, as Lions is still in the crowdfunding stage -- now is your chance to help make that record a reality.

The Shadowboxers w/ The Feed Sunday, June 14 The Demo 8 p.m. | $8-$10 To call the Shadowboxers a cover band would be discounting the kind of effort the group pours into its pop arrangements. By taking a minimalist approach, the group filters the frills out of substantial songs, making for a smooth, jazzy ride through the modern Top 40. Take one (or seven) minutes from your busy day to see the Shadowboxers' own take on D'Angelo's "Untitled (How Does It Feel)."