Read more about Bear Hive in our review of 2015's All in Real Time:

The St. Louis music ecosystem is a curious thing, with its own cycles of hype and buzz, and its own rewards for productivity and lethargy. The fact is, whether a band releases an album every nine months or every five years, its members will likely be no closer to quitting their day jobs. So the long leadup to Bear Hive's official full-length follows a well-liked EP and a few years' worth of ground-level indie buzz, but the kinetic, assured All in Real Time is moody, evocative and danceable in almost equal measure. The trio of Joel Burton, Nate Heininger and Chris Phillips can operate as a guitar/bass/drums unit with shades of post-punk gray and Afro-pop red, though every track on this album is further colored by some form of electronic synthesis, either through scattershot drum programming or squiggly sine waves.

Bo and the Locomotive

Read more about Town Cars in our 2014 interview:

If you've been to a local show over the past few years, you've likely seen Melinda Cooper play. She's performed with the likes of Union Electric, Humdrum, Cassie Morgan & the Lonely Pine, Celia's Big Rock Band, and most recently (this past Friday, in fact), as an auxiliary member of Bruiser Queen. Despite this pedigree, Cooper has seldom performed her own material. With Town Cars, however, she has stepped into the lead. Over the past couple of years, Town Cars has played around the city with a revolving lineup, generally including drummer Corey Woodruff and keyboardist/vocalist Jenn Malzone (better known as the leader of Middle Class Fashion). This week, Town Cars releases its debut CD, Hearts and Stars, on its own Extension Chord label. It's a solid, to-the-point listen, with a sound steeped in everything from 1990s indie rock and 1970s singer-songwriters. 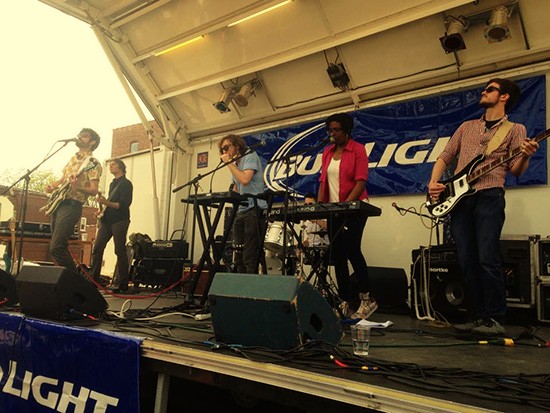