Read more about the Domino Effect in our review of 2015's Unknown:

The Domino Effect, the slightly skewed hip-hop duo of Cue and Steve N. Clair, has been making music since 2008 and releasing albums since at least 2011. The pair most recently released TriAtomic, a collaboration EP with local Bo Dean, but Unknown puts the partners back in the middle of clacking beats, syrupy backing tracks and a few TED Talk-sounding spoken word samples.

It's a heady mix of soulful songs punctuated by the emcees' sharp-cornered verses, and the album's sense of political consciousness seems to bubble and boil over with each passing track.

We'll cop to having our interest piqued solely by the title of the album's opener, "Riverfront Times," but unless it's a super-oblique diss track to this publication, the name has little to do with the song's killer soul-jazz instrumental and spitfire verses. While much of the production favors laid-back grooves and symphonic soul, some of the album's best moments tweak the formula. The synth-y, metallic bursts and stoic piano chords play off of each other in "Cinderella Story," but the track features some of the duo's clearest-eyed statements of self-actualization. That song ends with snippets of newscasts that describe the scene from last summer's unrest in Ferguson, which collectively serve as a segue to "Ground Zero." Cue and Clair take a personal, street-level approach to the Ferguson situation and its continuing fallout, slowly morphing into both a condemnation and a rumination. 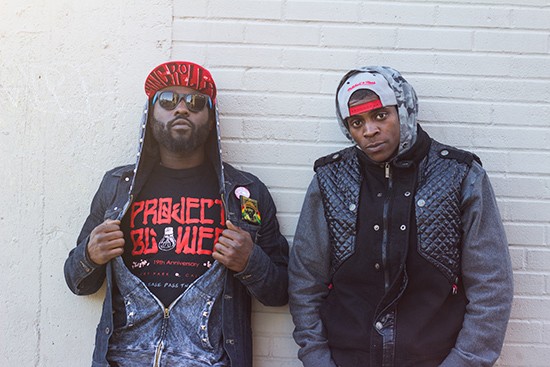 Mathias and the Pirates 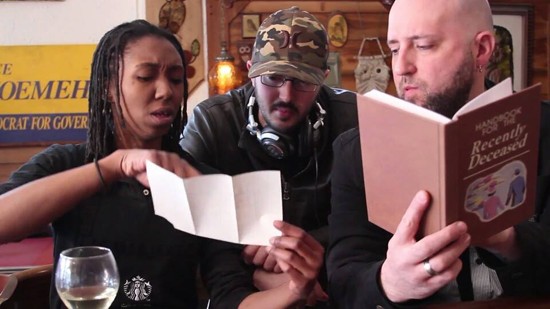 Read more about Mathias and the Pirates in our review of 2014's Caveman Barnacles:

It's becoming obvious, if it wasn't already, that nearly every hip-hop album released in St. Louis will have to contend with the Ferguson situation in some fashion, and Mathias & the Pirates wastes no time speaking out on current events on this six-song EP. Opening cut "The Panic Button" validates righteous anger but preaches for cooler heads to prevail, and aside from a chant of "hands up, don't shoot," the message of empowerment over oppression rings eternal. Setting the song to a reggae rhythm does more than allow for a quick reference to "I Shot the Sheriff"; it's the music of revolution and empowerment, and the Pirates take full advantage of that history to encourage spiritual and social uplift.

Read more about MME in our preview of their recent Luminary showcase:

Though a collective, each of the six members operates individually, with his own style and hip-hop sensibility. The eldest of the bunch at 24, Mvstermind produces his own records, which bring a soulful electronic edge to his real-life perspective. Ciej is also his own producer, with a lyrical tone oozing vulnerability and depth. A talented lyricist himself, Con delivers a grittiness in his voice that mirrors his disillusionment with an imperfect world, while Dante Wolfe also dwells on society's woes, utilizing his intellectualism to smoothly convey his inner thoughts. Lastly, neo-soul singer Lyrique's deep and moody voice vibrates images of love and beauty, whereas Mir distorts sounds to create an unsettling atmosphere for his bold raps. .

Together, the bond they share in music has created a brotherhood that fosters each artist's growth, while also offering opportunities for collaboration.

For the past several years, the members of MME have been trailblazers for the younger generation of local hip-hop, experimenting with new sounds, fan engagement techniques and music promotion. Within the hip-hop scene, its members have been called "little bros," a reference to their age and lack of experience, but after several years of quality releases and artistic growth, they're proving themselves ready for the next step. Mvstermind admits as much, saying, "We are finding ourselves and close to being ourselves."