Rap Group 3 Problems Could Be St. Louis' Next Breakout Act. Here Are Their Best Videos 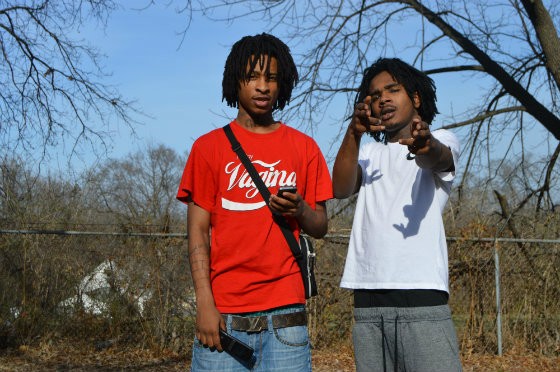 All three of them are eighteen, and though most RFT readers likely haven't heard of them, they're practically celebrities among north-county high school kids. They get recognized on the street, they posed for pictures at the Michael Brown protests, and they're increasingly asked to do features and shows. (You can catch them tonight at the #OshayParty at 419 Gano Ave.) They even recently got written up in Rolling Stone by an amazing local journalist. (Ahem.)

The guys get compared to Rae Sremmurd and have something of a Chief Keef vibe as well -- melodic but rough. More than anything, their music has a timeless quality, with honest-feeling stories about growing up in a tough environment. Their hooks are incredible -- just listen to their most recent mixtape, A Problem Story -- and judging by how quickly their following has been snowballing, they could be breakout national stars. (They're definitely hindered by Relly Rell's incarceration, but the other two members are so skilled that they can make it as a duo.) 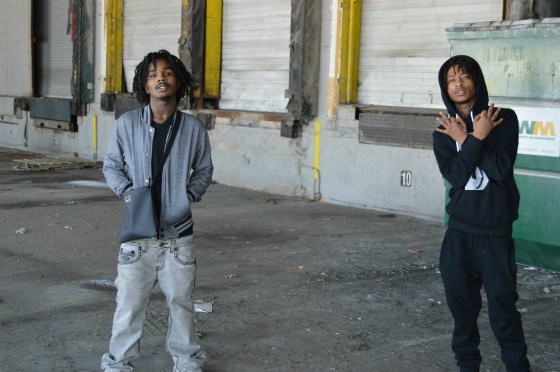 Certainly it's happened to St. Louis rappers before. I helped chronicle the scene's first taste of national spotlight, when Nelly begat the St. Lunatics and Murphy Lee, and Chingy and J-Kwon's success helped their production teams the Trak Starz and the Trackboyz get rich.

Things are quieter now. Sure, the talent pool remains first-rate, locals like Laudie and Chop Squad DJ are getting strong looks, and Tef Poe remains an underground favorite, but there's no longer a national focus on our city's music.

Fortunately, there doesn't have to be. Whereas in the early aughts A&R reps were canvassing the country for breakthrough acts, analyzing sales figures and radio spins, nowadays all you really need to get put on is a hot YouTube video. Preferably one showing that you've got chops, you're good-looking, and you've got fans.

3 Problems has a number of such videos. This is their most popular:

"For a FCKNIGGA" is gathering speed. Released in November, it's now getting about 10,000 spins a week, which is a lot considering their buzz is entirely organic. They have no label, and have had no ad buys, no investors, and until recently no press whatsoever. In any case, the video is truly frightening for its vérité, and the song is the act at its most aggressive. But beneath the bravado, there's a gorgeous song and a heartbreaking story: If they come through buckin', then we buckin' back.

"Come Around" is 3 Problems' most approachable track. The video was filmed in the area surrounding Lil Tay's house. The song came together after they found a hot instrumental on YouTube and told their stories over it. Lil Tay raps: They say, "The worst feeling being broke," I said, "Man I know." Where I'm from we got no hope, so we rob folks.

"I was just going through a phase," he explains. "I made that song when I was around 16 or 17. As the child of a single parent, you start getting hungry for money then. You ain't a baby no more." They say fuck our applications, so we slangin' dope/ 'Cause you ain't gotta fill an app just to cop a [ounce]. "You don't gotta do a lot of things to sell dope, like sign a application or do a drug test," he continues. "We don't wanna work at no fast food place, flippin' burgers."

"It's not presentable," responds Swagg Huncho, answering for both of them. "As far as bein' in the streets -- we really in the streets."

"Big" is from 2012, before Relly Rell got locked up. (He's the one in the Illinois sweatshirt.) The trio was more of a teenybopper group then; they were all smiles, they hadn't yet brought out the choppers, and their storytelling skills weren't quite developed. But they were already exuding charisma and writing manically catchy choruses. There's marvelous craftsmanship in these songs, but, as with most great art, the artists don't appear to be trying too hard.

"Lay Low" is 3 Problems' latest video. It's directed, like many of the others, by a talented dude who calls himself Morless. Thematically, it isn't their most interesting track, but their sense of melody is off the chain, culminating with their auto-tuned voices layered over each other.

Much credit goes to their producer Playboy, who lives in Spanish Lake and has worked with other rappers who nearly broke through, like Huey. Every time he's made tracks for someone from St. Louis who was about to pop, he laments, "they either got killed, or fell off."

For 3 Problems, the hope is that neither of those situations transpires. In the mean time, they're chronicling what it's like to be young, black, and disadvantaged in North County in a way that 1,000 articles following Michael Brown's killing haven't been able to.