Symphony Tackles Back to the Future, Legend of Zelda in Live at Powell Hall Series 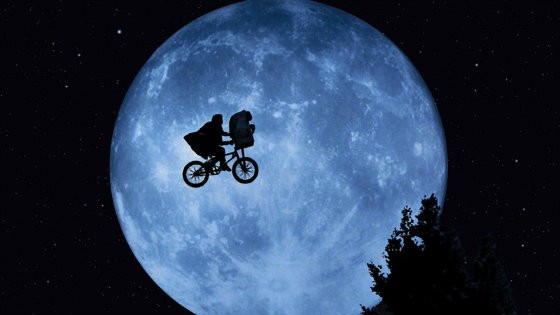 Time travel, aliens, romance, epic quests -- the Grammy Award-winning St. Louis Symphony is taking it all on during the 2015-2016 season.

The symphony's "Live at Powell Hall" schedule for the upcoming season, released yesterday, draws more from recent pop-culture totems instead of from traditional classical inspirations. SLSO will get other-worldly when it performs music from famed Nintendo video-game series The Legend of Zelda, '80s film staple Back to the Future and legendary film composer John Williams scores such as Star Wars, Harry Potter and many more. The symphony also will bring in guest vocalists for its "Las Vegas Valentine Songbook" and will feature John Elefante of classic-rock group Kansas performing tunes by Aerosmith, Foreigner and more during "A Night of Symphonic Rock."

Launched in 2008, "Live at Powell Hall" is a collection of performances that focuses on music icons, current entertainers and scores from film, television and video games. It's aimed toward welcoming new music fans into the symphony fold.

"'Live at Powell Hall' was created to expand our audience and to engage people who might not otherwise come to see the symphony. We want to make sure we are offering something for everyone here at the hall, because we firmly believe orchestral music is for everyone," says symphony publicist Erika Ebsworth-Goold. "As such, we try to really focus on what will bring in the best cross-section of new audiences.

"This programming reflects that and brings something a bit unexpected to the hall," Ebsworth-Goold continues. "It's a fresh take on symphonic music, and it's terrific to see so many new people come to Powell to enjoy these concerts."

Indeed, the "Live at Powell Hall" series and other modern orchestra initiatives have significantly increased ticket revenue and widened the symphony's new-subscriber base, as its former CEO told RFT Music in 2014.

Here are a few upcoming "Live at Powell Hall" highlights:

The Legend of Zelda: Symphony of the Goddesses September 11, 12, 13

SLSO says: The Legend of Zelda is one of the most successful video game franchises of all time. The story of Link and his quest comes to life in these performances, featuring all-new arrangements of the game's beloved themes. Video projections taken from the game further enhance the adventure.

SLSO says: It's the 30th anniversary of this time-travel adventure; celebrate with Marty McFly and Doc Brown at Powell Hall as they try to get back in time! Join the St. Louis Symphony Halloween weekend to watch the '80s classic on a big screen above the stage, while the orchestra performs the score live.

"People love John Williams' work because it's so familiar and iconic. He's composed such an amazing collection of works and all extract an almost visceral emotional response from the audience," Ebsworth-Goold shares. "Also, it's important to note that music director David Robertson will be conducting these concerts. He's a close friend of John Williams and is able to give terrific insight into much of his music. Expect a lot of insider info!"

A Night of Symphonic Rock February 13

"We're really excited to welcome John Elefante from the '70s rock band Kansas to Powell Hall to perform with the St. Louis Symphony," Ebsworth-Goold tells RFT Music. "John will be backed by a rock band and the orchestra. This is going to be a performance that will include some standards by bands including Aerosmith, Foreigner, Led Zeppelin and Journey. This season's Journey tribute was a sell-out, and we expect the same of this Valentine weekend performance."

SLSO says: Bring your sweetheart to Powell Hall for an afternoon that will take you back to Rat Pack-era Vegas. The St. Louis Symphony performs songs from Frank, Sammy and other Vegas icons including Elvis Presley, Neil Diamond and Tom Jones. Guest vocalists join the orchestra in a program that will include "Luck Be a Lady," "Young at Heart" and "The Way You Look Tonight."

SLSO says: Experience the wonder of Steven Spielberg's E.T. in a whole new way. Elliot and his out-of-this-world friend play in the big screen above the stage while the St. Louis Symphony performs John Williams' unforgettable Academy Award-winning score live. It's an event your family won't want to miss.

SLSO says: The St. Louis Symphony presents symphonic music from the iconic video game series Pokémon. Orchestral arrangements from various versions of the game will be performed, with synchronized visuals of Pikachu and the rest of the gang projected on Powell's big screen above the stage.

Classical Music This Just In