Of Montreal Continues Its Evolution on the Bitter Aureate Gloom 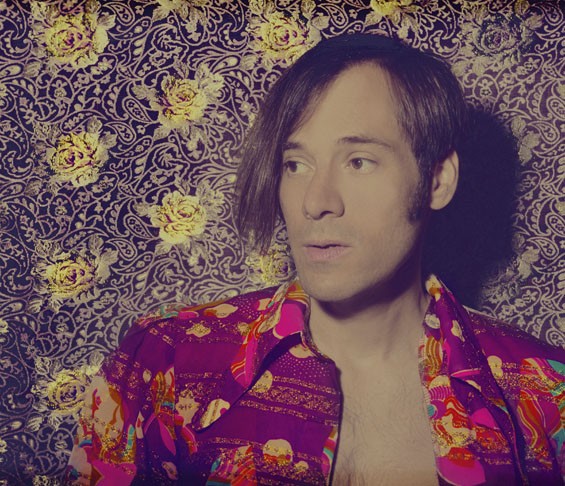 Don't listen to the reviewers — Aureate Gloom is not Of Montreal leader Kevin Barnes' breakup album. Yes, he and his wife, Nina Aimee Grøttland, separated in December 2013, leading many critics to jump to conclusions in regard to the 2015 record's motivations. But Barnes wants them to know that they got it all wrong.

"The reality is, it's not at all a breakup album, and most of the songs aren't even about my wife," he says. "They're about other people and other things that were happening post-breakup."

The confusion is understandable. Previous albums by the versatile Athens, Georgia-based indie-pop outfit focused on the intimate details and volatile emotions of toxic relationships, and the press release for 2012's Paralytic Stalks confirmed that the bitter long-player did address Grøttland.

But the truth this time around is more complex, Barnes says. Inspiration presented itself in many forms.

Barnes' famously expansive vocabulary may add to the album's artistry, but it offers little in terms of clarity. Titles such as "Empyrean Abattoir" are common here, and obscure verbiage permeates the record. That's thanks to Barnes' aversion to repeating himself, but also stems from his zeal for incorporating recently discovered words into songs.

"It's sort of like collecting Pokémon or something," he offers. "There's things I might say in a song or write in a poem that would feel just preposterous to say in conversation."

That lyrical depth is matched by the album's ever-shifting musical palate. While writing, Barnes traveled to New York for inspiration, seeking to channel '70s CBGB mainstays such as Television and Patti Smith in his new work. Those influences shine through in the album's jagged guitar riffs, jerky rhythms and snarling vocals, but are offset by moments of dreamy shoegaze, clave-enhanced acoustic breakdowns and clavinet-driven disco-funk. Tempos and time signatures stop on a dime and unexpectedly change course, and some tracks feel like multiple songs smashed together. The result is among Of Montreal's hardest-rocking and most bracing records — but one that still requires multiple listens to fully comprehend and enjoy.

The group is subject to sudden shifts on a macro level as well. Aureate Gloom's tough musical core is a departure from the Bob Dylan- and Neil Young-flecked twangy rock of its predecessor, Lousy with Sylvianbriar, which itself broke from Paralytic Stalks' elaborate electronic drones and overstuffed synth arrangements. All of this is a step away from the freaky Prince-inspired funk of the group's 2007 to 2010 run, and quite far from the its late-'90s origin as a twee offshoot of the psychedelic Elephant 6 collective.

Perhaps the project's biggest shift was Barnes' decision to stop recording every part by himself and instead recruit a band. Barnes claims his hired guns didn't affect the writing process, but he acknowledges that their contribution brought new life to Of Montreal.

"[Recording live] helped us move a lot faster and helped us sort of capture the energy of five people playing in the room together," he says. "So the record feels more spontaneous, in my mind. And that's what I was going for."

Between the elaborate costumes and a surreal, theatrical stage show, concertgoers can be forgiven for not fully deciphering the ugly emotions present in Of Montreal's work. Barnes says he and his brother David, who is in charge of the stage show, work to strike a balance so crowds are "not just being hit over the head with somebody else's sadness" while still trying to convey emotional depth.

"A lot of times with the music, I'm trying to bring myself out of that funk and into a better funk," Barnes says. "I hope that people can connect with it on that level and know that it is not completely vacuous, empty party music. It's basically music that's there to help you transcend the darkness. It recognizes the darkness and sadder side of the human condition, but it's trying to transcend it together."