Fresh Produce Beat Battles Are Back

After a four-year hiatus, St. Louis' Fresh Produce Beat Battle is back this week, with a new show called Fruit of the Boom.

Known for showcasing the best new talent hip-hop talent in St. Louis, the Fresh Produce Beat Battle was held monthly for four years before taking its long break. In that time, it drew a wide spectrum of hip-hop fans in the region, impressed by the caliber of producers the contest brought into the scene.

We caught up with DJ Who and Ben Stein, both members of the Basement Sound System, to chat about providing a fertile proving ground for aspiring producers and rappers, allowing them to "get out of the basement and out in the world."

DJ Who: It was the demise of the Basement hip-hop night. We did Fresh Produce once or twice a month in collaboration with the Basement. I needed time to focus more on DJ Who. Now that DJ Who is doing well, Ben asked me if I wanted to do it again. I felt it was time for us to start giving back to the community again.

Ben Stein: Also the market is not as saturated with the same producers as it was in 2011. It has been so long now; there's a lot of fresh blood. 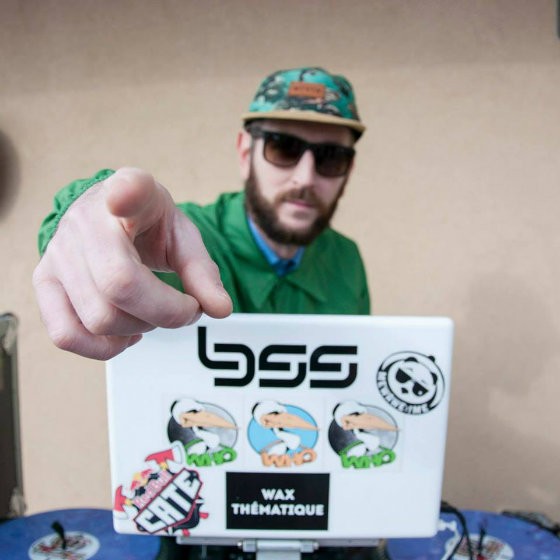 What are you guys doing differently with this battle and the event?

DJ Who: We have a sponsorship with Suburban Pro Studios. They are giving away an hour of studio time to the winner of each battle. Also $100 cash to each winner. The goal will be to push this into a grand battle with more prizes later on in the year.

Since you both have seen so much and are very familiar with the St. Louis beat scene, do you offer feedback to the MCs and Producers who send in music?

DJ Who: It's about feedback. It's about them getting feedback instantly from the crowd. It's why we bring in veteran producers like JBJR, Trifecka, B-Money, and Matthew Sawicki to help with providing advice

Ben Stein: It's also a good opportunity for people from different crews to meet since they normally don't get a chance to see each other.

Would you say since Fresh Produce left, the beat scene has grown in terms of styles of production?

DJ Who: Since we do DJ, we want beats of all types. We aren't just looking for hip-hop beats anymore. We want to see everything vs. everything. Boom-bap, EDM, trap ... it doesn't matter. If it's dope, it's dope.

The MC battle is a new element to the Fresh Produce Battles. Why did you add that?

DJ Who: I tend to be more of a beat head, but we wanted to add something for the rappers. The point behind that is to bring in another element of hip-hop into the fold. The idea is for the MC who wins the battle possibly collaborate with the beat battle winner in some way.

Ben Stein: Maybe both of the winners use the studio time with each other and create a track together.

For those unfamiliar, what's the format of the battles?

DJ Who: The MC battle format will be traditional, with both getting 60 seconds to spit a freestyle. DJ Vhom will be spinning during the battle since he is the hip-hop DJ of the crew. The crowd and judges will vote for the winner of each contest. The Producer battle is more of the same, with 60 to 90 second to play a beat.

What have been some great successes from past beat battles?

Ben Stein: I'm impressed with where some of the producers are at now. Guys like JBJR and Trifecka started with the Fresh Produce battles and have become major contributors to the St. Louis scene, and it started with battling.

Any advice for those who are on the fence in regards to participating in the Fresh Produce MC or Producer Battle or beat battles in general?

DJ Who: It's time to get out of the basement and share your art with the world. It's a great place to meet people who were in the same place at one time, got the feedback, and pushed their art to another level through networking and organically growing with Fresh Produce.

Ben Stein: Most producers don't get a chance to play their music for people. It's different playing for strangers and getting actual feedback compared to just playing music in front of friends.

DJ Who: Your friends will tell you, "Oh yeah, that's a hot beat." but your friends are your friends. You can get an honest reaction when strangers are listening to your music for the first time.

Will there be more battles in the near future?

Ben Stein: The next one is June 9th. The plan is to make this a monthly event after that.

DJ Who: We would like to have the option in the future to do live battles for people who [perform their beat selections live with tools] like Maschine, MPC and more.

Ben Stein: Since we have more than a month in between the next one, we will have more prizes.

Anything else you'd like to mention about the event or the future battles?

DJ Who: We have the producers signed up. We'll have a sign-up for the MC battle the night of the event.

Ben Stein: We had more producers signed up than MCs, so we may adjust the numbers in the future. The life of this event depends on participation.

Fresh Produce Beat & MC Battle takes place Wednesday, April 29 at the Demo with a $5 cover chrage. For more information about the Producer Battle and MC Battle, check the Facebook event page or contact Ben Stein at getatbenstein@gmail.com or DJ Who at djwhostl@gmail.com.