Billy Corgan's Finishing Move Is a Total Lack of Shame 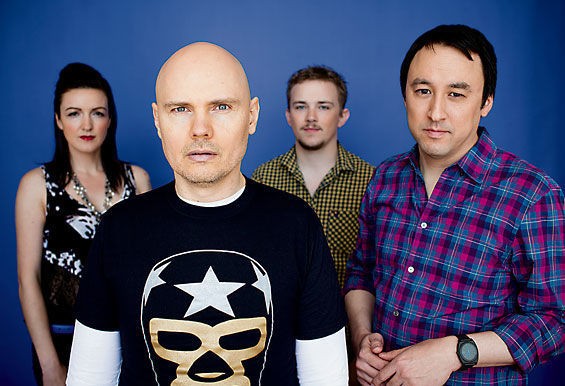 Who knew that Mellon Collie and the Infinite Sadness was a prophecy, not just an album?

Consider the career trajectory of Billy Corgan. Once an alt-rock god revered for his work with Smashing Pumpkins, yesterday it was announced that he'd joined Nashville-based TNA Wrestling as Senior Producer, Creative and Talent Development. Say what?

But lest anyone think Billy is a wrasslin' Johnny-come-lately, let's take note of his work in Chicago's wrestling scene. Corgan spent four years with Resistance Pro, the pro wrestling league he co-founded with brothers Gabe and Jacques Baron.

He's really into this stuff. And it's just as tragic as it sounds.

In honor of Smashing Pumpkins upcoming visit to the Pageant June 23, here are seven highlights from Corgan's pro-wrestling career.

3. Here Corgan explains how his Chicago promotion works and why he's doing it.

4. Oh, and here's an incredibly awkward intro for a pay-per-view show...

Turn the page for further wrestling-related pathos. 5. Here, Corgan talks about his "bad guy" status in music (?) and how that translates to being a bad guy in wrestling.

Finally, here are the depths of melancholy -- err, mellon collie...

Billy Corgan, the bard who gave us "1979," actually made a wrestling-related commercial for a Chicago furniture store. You have to see this one to believe it: