Bryan Adams' appearance at the Fabulous Fox Theatre last night may have been the St. Louis live debut of his song "The Boy's Night Out" -- but the audience was clearly dominated by the fairer sex.

Adams, touring in celebration of the 30th anniversary of his No. 1, five-time platinum album Reckless, played a career-spanning set that included the 1984 album in its entirety, including some outtakes. And while many men were in attendance, it was the women in the crowd who drove the show.

"He's a rocker and a lover," said Carol Haugen, who was seeing the Canadian songsmith for the first time.

Her friend Sandy Cissell, however, dated her first Adams experience back to his 1982 appearance in St. Louis as the opening act for Journey.

"It was my all-time favorite show," Cissell said, adding, "I think he still sounds amazing."

Cissell wasn't alone in her assessment of Adams performance. Many women in the Fox audience, which was at about 75 percent capacity, stood and sang along to every word as Adams celebrated his breakthrough album.

"It's a bit of a trip down memory lane," Adams told the crowd after opening with "Reckless," a track that never made the album of the same name.

"For some reason we only used the song title," the Vancouver native added. 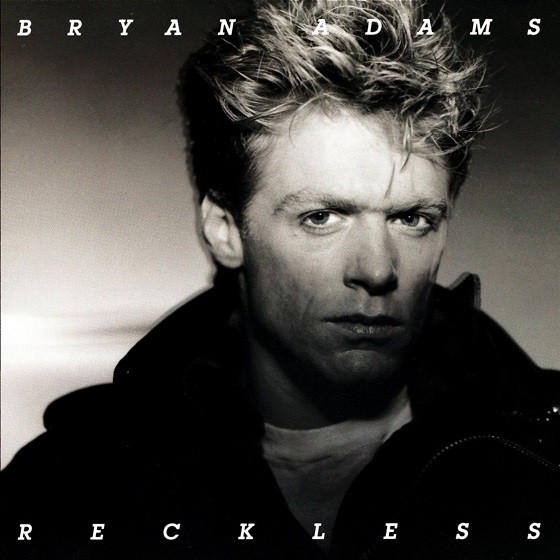 Following the discarded track, which eventually appeared as bonus material on the album's 30th anniversary release, Adams and his band launched into "One Night Love Affair," "She's Only Happy When She's Dancin'" and "Run to You" -- the first three tracks from Reckless.

Adams and his band then dropped into "The Boy's Night Out," another song that went unreleased until the 30th anniversary version of Reckless, before rejoining the album's sequence with "Heaven."

To begin the song, Adams, dressed in a black long sleeve T-shirt and black pants, turned the microphone toward the crowd to sing the first verse. At this moment the estrogen in the air became readily apparent: the usual, growling crowd sing-along was replaced by one much higher pitched -- as if a children's choir had stepped in to back up the singer.

The band would then skip over two of Reckless' biggest charting hits to play "Kids Wanna Rock," accompanied by a montage of clips from music videos from the album. At the song's conclusion, the distinctive voice of Tina Turner came through the house speakers to begin "It's Only Love," a duet with Adams did with Turner and the album's next track.

Following the song, Adams took a moment to thank the St. Louis native, noting how lucky he was at 24 to have "done that song" with Turner.

The local love didn't stop with Turner, Adams also thanked KSHE (94.7 FM) after going back to "Somebody," one of Reckless' biggest hits.

"St. Louis was one of the places that supported me first," Adams said. "It was...a radio station called KSHE."

Adams then finished the run-through of Reckless with "Ain't Gonna Cry," the album's final track, which he described as a song to which "no one gave a shit," and "Summer of '69," a song that people most certainly did.

The performance of "Summer of '69," arguably Reckless' most popular track, featured a video presentation behind Adams and his band, with the lyrics displayed as tattoos on a woman's body.

With Reckless now completed, Adams turned his focus to his other eleven albums. Songs ranged from his hit "Cuts Like a Knife," the album he was supporting when Cissell first saw him in '82 with Journey, to "Let Me Down Easy" a song originally recorded by Roger Daltrey, but which Adams wrote for a member of Fleetwood Mac.

"This song was written for Stevie Nicks," Adams told the crowd. "The only thing is, I don't know Stevie Nicks, so she never heard it."

Adams closed his 21-song set with 1996's "The Only Thing That Looks Good on Me Is You," accompanying the song with the same campy video montage that played on MTV. "I'm Bryan Fucking Adams. Thank you," he told the crowd before walking offstage with his band.

The encore began with three bluesy numbers before Adams dismissed his band and asked the crowd to fill both the aisles and the empty seats in front of the stage. After two-plus hours and many No. 1 hits, the singer still had a few cards left up his sleeve.

"He's got more songs than you think," Cissell said. "You forget, and then you hear it again.... It takes you back to good times."

With only a Martin acoustic and a call to the audience for "everybody up," Adams played Cuts Like a Knife's "Straight From The Heart," and then closed with "All For Love," a song he originally performed with Sting and Rod Stewart for The Three Musketeers soundtrack.

As he played the final song, Adams asked the crowd to turn on their cell phones -- a new millennium version of the lighter. And as the flashlight app was activated, the Fox Theatre looked like a string of Christmas lights, swaying to and fro as Adams handled the parts of Stewart, Sting and himself.

"I'm so glad I came tonight," Haugen said. "He was amazing."