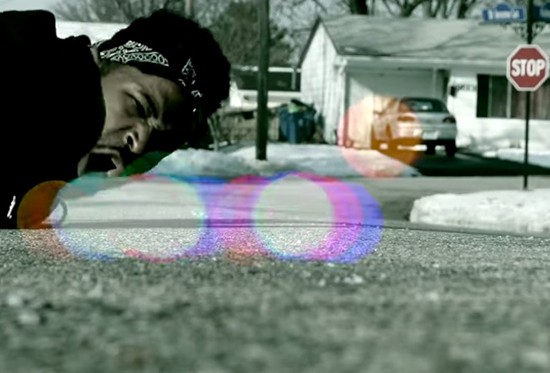 Last week we at RFT Music put out the call for local musicians and videographers to share their latest music videos with us. After receiving a massive response, it's evident that St. Louis is killing it with great video projects. Ranging from well-shot productions to bizarre collages that melt onscreen, local artists are offering more dynamic work than ever, and we're here to help spread the love. Within this post you'll find videos released during the month of March, in addition to the short list we shared last week. Know of something we don't? Tell us in the comments below -- this is a two-way street. We want to hear from you, otherwise we'll get lost in the weird part of Youtube again, and no one wants that.

Tony Patti "Many Doors, Many Rooms"

Follow through for more videos released in the past month by local artists. Pezzy x Youngin "Bengi'$" GaddyFilms' channel usually updates at least once a week with new videos. Check out the Youtube page for more.

Trino & Big Trey "What Happened" MorlessMedia has released twelve videos in the past month alone. Hit the channel for more from artists like CoupDv, Lil Sav, Quikk and 3 Problems among many others.

Unforgettable x Mac Gutta featuring BooG & IBrinkz This is just one of many videos released in the last month by 2KAMERAZ FILM, another prolific producer in the St. Louis area.

Much like our column Every St. Louis Release, the idea is that we'll feature a roundup of local videos each month. To submit your work or to fill us in on a recent release, email me, your RFT Music clubs editor, directly at joseph.hess@riverfronttimes.com.