The 10 Best Concerts in St. Louis This Weekend: April 3 to 5 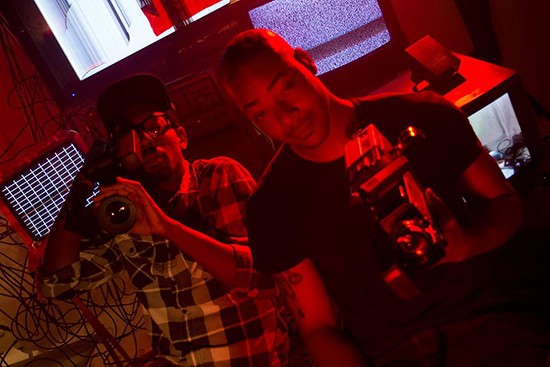 Now that April Fool's has passed, we can all get back to believing everything we see on the internet. Our favorite prank was Tok's failed campaign video to crowd fund a private plane to replace its rickety tour van. Head over to the band's Facebook page and scroll down to April 1st to see the video. While we're still mourning the loss of Apop Records, two great record stores have opened in the past year: Music Record Shop and Kismet Creative Center. Both spots host in-store performances this weekend, so come scope the selection ahead of Record Store Day taking place later this month.

New Music Circle presents: On Fillmore Friday, April 3 The Stage at KDHX 7:30 p.m. | $10-$20 In terms of genre, On Fillmore feels more like a middleman linking conversations between film scores and real-time sonic exploration. At their core, the songs carry shapely melodies with enough nooks and crannies to explore, but a primal sense of rhythm drives the sound into uncharted waters. (JH)

Arthur and the Librarian Album Release Show w/ Last To Show First To Go, Union Rags Saturday, April 4 Blueberry Hill 8 p.m. | $10 Arthur and the Librarian has rendered its epic by barlight on a cocktail napkin, and the smartly crafted suite of songs is both an artful update of a classic and, more importantly, a pleasure to hear. Read our full review of the new album here. (CS)

FarFetched Label Showcase III w/ Blank Generation Saturday, April 4 Music Record Shop 2 p.m. | free Three separate events? Now they're just showing off. Much like the last two label showcases, which were also held at Music Record Shop over the past two weekends, this event will display the immense talent found within the ranks of the FarFetched collective. (DH)

Foxygen w/ Alex Cameron Saturday, April 4 The Firebird 9 p.m. | $15-$18 Foxygen has clearly spent much of their limited time on Earth studying the musical styles of the late '60s and '70s, incorporating church-style organs, chimes, flute, clapping, piano, repetitive female accompaniment and even doo-wop into a masterful concoction where not only do no two songs sound alike, they hardly sound like they emanate from the same band. (DG)

Nora Jane Struthers w/ Beth Bombara Saturday, April 4 Old Rock House 8 p.m. | $10-$12 On her new album, Wake, Struthers throws in her lot with the Party Line, a fully electrified ensemble that serves as a dynamic, bluesy foil for her radio-ready (in the best sense of the phrase) songs of newfound mettle and spirit. (RK)

Street Arabs w/ Shut In, Babe Lords Sunday, April 5 Kismet Creative Center 8 p.m. | $5 If the bill at Foam is too much or you just prefer a little more pop in your rock, check out Dallas, Texas outfit Street Arabs. Local grunge mutants Shut In open the show with their mangled mess of guitar noise. (JH)