Prince Might Be Coming to St. Louis, Maybe, Who Even Knows Though Honestly 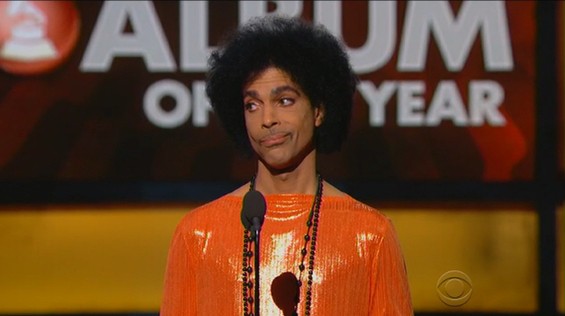 Want to see Prince in St. Louis? You might soon get your chance! Or maybe not. Hell, I don't know.

The Purple One announced on Friday that he would be performing spontaneous shows all across the U.S. this year with his band 3rdEyeGirl. Much as he did throughout the U.K. last year, Prince will be crashing venues and performing with little-to-no advance notice beforehand. As in, days -- or sometimes even only hours -- advance notice.

The aptly titled "Hit and Run" tour will kick off next week in Louisville on March 14. It is the only date announced so far, and the venue has not been named yet.

Recommended course of action: Keep your credit card gripped in the palm of one hand while constantly refreshing the Internet at all times with the other. We hear this guy's Twitter page is a good source to follow. Eschew sleep and other unnecessary leisure activities. Be prepared to act at a moment's notice. May the force be with you.

Prince released two albums last year: a solo LP, Art Official Age, and the debut with 3rdEyeGirl, Plectrumelectrum. Watch the video for "Marz," from the latter, below: