The 10 Best Concerts in St. Louis This Weekend: March 6 to 8 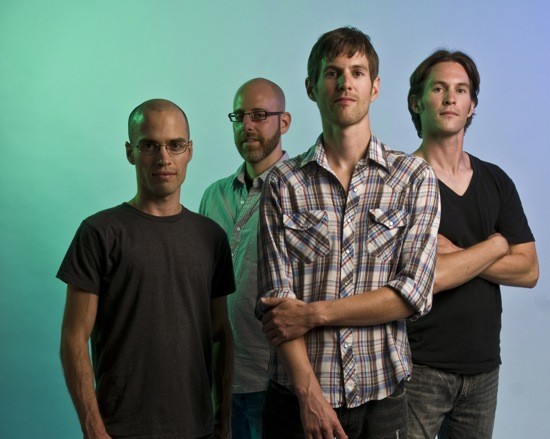 The Grove is the spot to be this weekend. Between the Bootleg at Atomic Cowboy's grand opening and two great consecutive nights at the Demo, the gayest stretch of Manchester Avenue brings more than enough in punk, rock, hip-hop and folk. Siam even hosts mid-'90s rave legend Terry Mullan for a rare gig. Variety is the spice of life, or something -- that's the old saying, right?

Bizarre of D12 w/ Jackie Chain, Sixonenate, Bellah Genie, E Nash Friday, March 6 Fubar 8 p.m. | $12-$15 This has all the makings of "hot mess" written all over it -- but in a good, potentially hilarious way. D12, for the uninitiated, was Eminem's Detroit rap group. Bizarre is the fattest and least talented of said group, but probably the most funny. Think of a big fat Ol' Dirty Bastard and you are probably not far off. Come ready to laugh. (DH)

Lotus Friday, March 6 The Pageant 8 p.m. | $19.50/$22 Lotus brings a full on burst of persistent riffs alongside heavy, bass-driven beats. But don't call it a jam band. Get prepped for the gig and read our recent interview published earlier this week. (JH)

Terry Mullan Friday, March 6 Siam STL 10 p.m. | $5 It has been over twenty years since house DJ Terry Mullan performed in St. Louis -- ample time enough for him to be sorely missed. Mullan was instrumental in the mid-'90s rave scene in St. Louis -- expect to see lots of old ravers reliving their glory days. (DH)

Webb Wilder Friday, March 6 The Bootleg 8 p.m. | $10 While Webb Wilder has firm roots in Americana, he's not afraid to cut loose with rockabilly riffs. Hot licks, if you will. Also, Wilder hails from a place called NashVegas, not Nashville. As if the red hot rock 'n roll fan inside you needs more reasons to go, this show marks the grand opening of the Bootleg at Atomic Cowboy -- read more about the new venue here. (JH)

A Benefit For The Organization For Black Struggle w/ 18andCounting, The Wilderness, Marcellus Buckley "The Ferguson Poet", Mikey Wehling Saturday, March 7 The Demo 7 p.m. | $10 Poetry meets trippy hip-hop and more for a night of diverse sound -- all for a good cause. Mikey Wehling's full band the Reverbs recently released the LP version of last year's Looking For An Echo. Here's your chance to grab some of St. Louis' finest in wax form. (JH)

Title Fight w/ Merchandise, Power Trip Saturday, March 7 The Ready Room 8 p.m. | $15-$17 You do not want to arrive late for this show. You want to show up in time for Power Trip to explode your eardrums with crushing crossover hardcore. Trust me on this one. (DH)

Ledisi w/ Raheem DeVaughn, Leela James Sunday, March 8 The Pageant 7:30 p.m. | $49.50 Fresh off of her role as Mahalia Jackson in the movie Selma, nine-time Grammy nominated jazz/soul singer Ledisi comes to St. Louis. Be sure to pick up her latest, last year's The Truth. (DH)

The Lone Bellow w/ Odessa Sunday, March 8 Old Rock House 8 p.m. | $17/$20 In 2013, the Lone Bellow released a self-titled debut that, for all its vocal testifying, was so quiet that even the denizens of the group's native Brooklyn, New York, might have missed it among the indie-folk din. But anyone who knows what the Lone Bellow can do onstage will take notice of its second album, Then Came the Morning, a sometimes fragile, often freewheeling tour de force of Southern rock, country-soul balladry, gospel communion and even amped-up rockabilly. (RK)