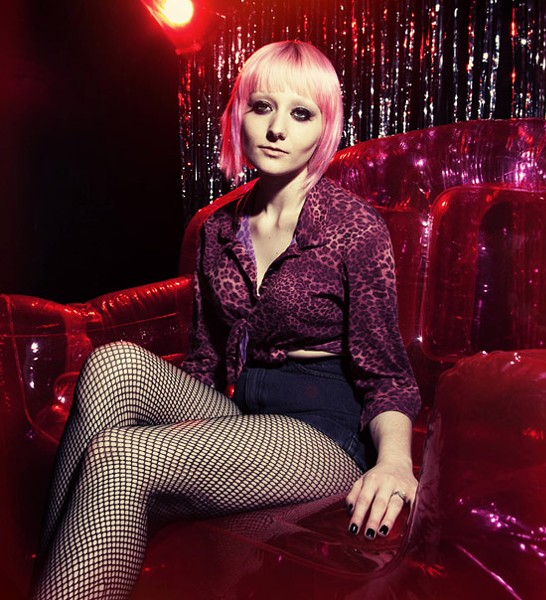 Don't let sub-zero temps snap you into hibernation mode. This weekend brings plenty of ways to get warm and wild with fellow music fans. The Firebird celebrates its anniversary twice -- one night brings the best in local indie-rock while the next offers riffy metal. From the avant-garde strings of Okkyung Lee on Saturday to the stripped down shoegaze of Military Police on Sunday, St. Louis is a veritable Baskin-Robbins of sonic flavor. Oh and a quick PSA, for the greater good of every basement across the region: leave your faucets at a drip, people.

Martin Sexton Friday, February 20 Old Rock House 8 p.m. | $25/$28 Martin Sexton's R&B infused folk-rock makes even the likes of John Mayer green with envy. The Boston-based singer knows how to craft a killer song -- and will be sure to knock ya dead when he plays it live. (JH)

The Sun and the Sea w/ Search Parties, Hidden Lakes, The Feed Day 1 of the Firebird's Six-Year Anniversary Friday, February 20 The Firebird 9 p.m. | $8 The beloved downtown venue doesn't turn six everyday (but apparently it has two anniversary shows?!) With headliners The Sun and the Sea, Search Parties, Hidden Lakes and the Feed, The Firebird will be jam packed with the best in locally sourced indie rock. (JH)

Jessica Lea Mayfield Saturday, February 21 Off Broadway 9 p.m. | $12-$15 Jessica Lea Mayfield has often said that some of her favorite music is '90s alternative rock -- Stone Temple Pilots, Foo Fighters -- and that Dave Grohl, especially, was an inspiration as she began her career in music as a teenager. If you listened closely to the Kent, Ohio, native's first two albums, you could perhaps detect the influence, but with her third album, Make My Head Sing (released last spring on the ATO label), she makes it clear that she really wasn't kidding about that. (RK)

Thor Axe w/ The Gorge, Hell Night, Valley Day 2 of the Firebird's Six-Year Anniversary Saturday, February 21 The Firebird 9 p.m. | $8 Six years ago, as midtown club the Bluebird was re-christening itself as the Firebird, an instru-metal side project known as Thor Axe helped break in the new-ish venue. The group had been long dormant until a show this past fall, so this week's appearance in celebration of the Firebird's sixth birthday party hopefully hints at more regular appearances. (CS)

Military Police w/ Trauma Harness, Human Traffic, Black James Sunday, February 22 Melt 9 p.m. | $7 By Jimmy Eberle Raw Pop is coming back to our fair city and it couldn't be a moment too soon. STL native/Chicago traitor Mark Plant is bringing his own genre back to the place of its birth. As prone as one might be to turn a cold shoulder to another Cubs worshiper, don't -- Military Police is the perfect thing to rise out of the ashes of the short-lived kings of Raw Pop, Times Beach. (JE)

The Ragbirds w/ The Big Idea, The Wilhelms Sunday, February 22 Off Broadway 8 p.m. | $10-$15 So you thought Jon Wayne & the Pain piled the influences on, eh? Not to be outdone, the Ragbirds combine Middle-Eastern, Americana, Latin, Gypsy and rock influences with a Celtic flair, combining modern instrumentation with traditional in order to create a truly unique sound. (DH)