Arthur & the Librarian's New Album Draws Inspiration From The Odyssey 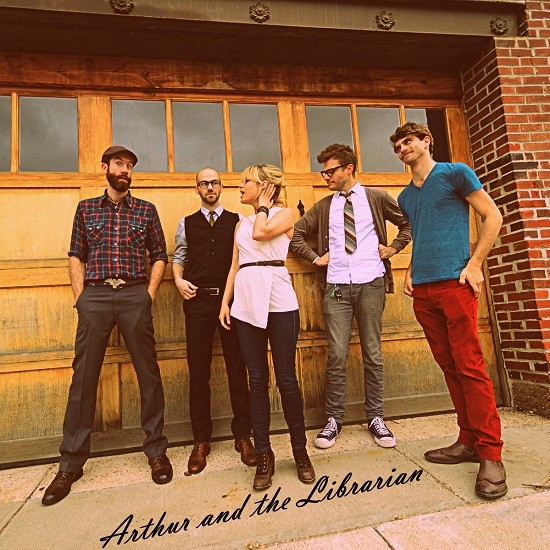 You can't act too surprised when a band called Arthur & the Librarian turns out to be a bit bookish, and you can't fault a bookish band for cribbing from the Western canon's all-time greatest epic for a literary-inspired album. The local quintet took inspiration from Homer's The Odyssey for its Island of the Lotus Eaters LP, but the title is about as direct as the band gets in referencing Odysseus' long voyage home.

The 24-section poem has inspired grade-A art ranging from James Joyce's Ulysses to the Coen Brothers' O Brother, Where Art Thou? — hell, even Sting drops a ten-pound reference to Scylla and Charybdis in "Wrapped Around Your Finger" — but Arthur & the Librarian is intriguingly oblique with its source material. Instead, the band wraps pretty, mannered chamber-pop and strummy psych-folk around rich themes — the narcotic call of sweet oblivion versus the humanizing pain of memory, the allure of the journey versus the bone-deep comforts of home — that are grandly told in Homer's epic, but scaled for modern times across these twelve songs.

Odysseus' time with the Lotus Eaters is a brief aside in the overall tale, but the image of memory-clearing lotus blossoms that erase all desire for home has remained a potent one. Much of Island centers on that temptation, and the instrumentalists reinforce this idea with intoxicating, uncentered compositions. Arthur Crittenden leads the band with a high, quavering voice that is matched by trebley plucks of electric guitar that mark these songs with slightly out-of-time spaciness. His delivery doesn't always make for easy listening, but he solidly transmits the mood of these songs.

Crittenden treats the piano ballad "An Offering" like a less-theatrical Rufus Wainwright number, with a pulsating string section underlining the ennui. Aubrey Howard's vocals are appropriately Siren-like when she puts aside harmony duty to take the lead on "Dementia," singing the promise of her love and the threat of its erasure. Our hero returns, as he must, though Crittenden is more the lovesick junkie than Odysseus' great tactician on closing track "One Last Fix."

That circular ending fits the form of the epic, which has no true beginning or ending, but is always in the process of being told. Arthur & the Librarian has rendered its epic by barlight on a cocktail napkin, and the smartly crafted suite of songs is both an artful update of a classic and, more importantly, a pleasure to hear.

Stream two tracks from the forthcoming album below: