The Best Concerts in St. Louis From February 9 to 15 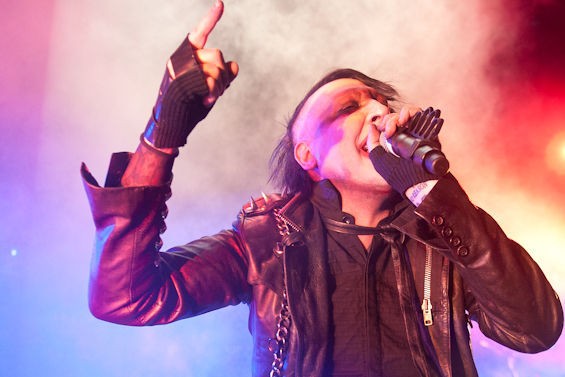 The unholy alignment of Valentine's Day and Mardi Gras weekend is upon us, but Soulard won't be the only place to find love. Local zine and record label Acid Kat celebrates its third birthday with a packed house of fuzzed-out garage rock at Foam, but those looking for a more romantic outing should check out the Beach Boys at Lindenwood's J. Scheidegger Center for the Arts. Or avoid the Hallmark holiday altogether with a great show any other night this week -- from Beatles tribute group Pepperland to '90s-borne classics like Less Than Jake and Guster, we've got you covered.

Marilyn Manson Monday, February 9 The Pageant 8 p.m. | $53-$58 By Jaime Lees Marilyn Manson came to prominence in the '90s as the mainstream band that square parents loved to hate. The music was a cross between goth- and shock-rock, but the group was really just composed of guys from Florida singing songs about being spooky while wearing face paint. Lead singer Mr. Marilyn Manson, who advertised himself as an "antichrist superstar," became a sensationalized cultural icon, using this influence to create a rock & roll myth much bigger than the music. Still, the songs and style of the band combine to provide a solid, carefully curated soundtrack to an interesting -- if odd -- artistic evolution.

Less Than Jake w/ Reel Big Fish, Authority Zero Tuesday, February 10 The Pageant 8 p.m. | $22.50/$25 By Scott Heisel From the RFT Music archives: Ska may never have another true mainstream revival like it did in the mid-'90s, but it's nowhere near the levels of life support it was on a decade ago. Partial credit for the slow, steady resurgence can be given to the hard-touring ska-punk quintet Less Than Jake, a band that probably hasn't taken more than a few months off at a time in nearly fifteen years. Even when the genre fell out of favor with the record-buying public, people could always count on LTJ to come to their city at least once a year -- and typically bring a diverse, usually-ska-friendly bill with it. But even with all that time spent in the dingier rock clubs of America, the band's songwriting has yet to suffer.

Guster w/ Kishi Bashi Wednesday, February 11 The Pageant 8 p.m. | $25/$27.50 By Christian Schaeffer From the RFT Music archives: It wasn't so long ago that a fresh-faced, slightly gawky guitar whiz named John Mayer was opening for Guster, a Boston quartet that used its status as a beloved college-rock band to prop up the young singer-songwriter. Of course, by now Mayer has run laps around Guster in terms of units moved and dollars earned, but the band has stayed strong to its harmony-laden, acoustic guitar-based tunes and, in doing so, has retained its cult following. 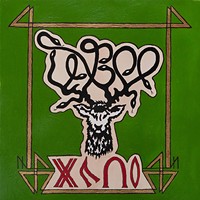 Taboo w/ Catholic Guilt, Larva Lou Thursday, February 12 Melt 10 p.m. | $7 By Joseph Hess Taboo digs through the human DNA, waking ancient dance genes with mystic no-wave. Hailing from the "other" Portland (Maine, not Oregon), the group feeds freaky folk through a visceral punk filter, bringing hooky tunes with a droning, repetitive slant. The whole affair is led with creepy lounge crooning and prophetic chants that give off a gothic vibe -- think less The Cure and more The Birthday Party. Catholic Guilt and Larva Lou provide the local support, making for a stacked bill of irreverent sound.

Follow through for the best concerts in town this weekend. FRIDAY, FEBRUARY 13

Whitey Morgan & the 78's w/ Joe Fletcher Friday, February 13 Off Broadway 9 p.m. | $12-$18 By Nicholas Pell From 10 Country Artists You Should Be Listening To: Whitey Morgan and the 78's is the greatest country band you've never heard. In the country bar of your wildest dreams, this is what plays on the jukebox while you double-fist Miller High Life and shots of Fireball, including everything from rockers to weepers, honky tonks to cheaters.

Pepperland: The Beatles Revue Friday, February 13 Cicero's 8 p.m. | $7 By Christian Schaeffer From the RFT Music archives: Naturally, St. Louis has its own Beatles cover band in Pepperland, an offshoot of the popular jam band Madahoochi. And while the four blokes and one bird in the quintet don't dress up in Nehru jackets, they perform the Beatles songbook with a bluesy energy instead of slavish devotion. The band favors the post-Rubber Soul albums, so don't be surprised if Pepperland rips through side two of Abbey Road in one fell swoop.

The Beach Boys Saturday, February 14 Lindenwood's J. Scheidegger Center for the Arts 8 p.m. | $49.50-$79.50 By Mike Appelstein After an all-too-brief reunion with Brian Wilson, the boys of the beach have once again slimmed down to original lead singer Mike Love, long-time guitarist Bruce Johnston and a backing band. As tempting as it is to poke fun at Love -- he of the open-collared Hawaiian shirts and awkward stage moves -- it's a mistake to dismiss this version of the Beach Boys out of hand. The group doesn't just play the surfing and car songs; recent setlists have also included introspective material like "In My Room" and "God Only Knows," as well as deep cuts like "Sail On, Sailor" and "Please Let Me Wonder." Think of the show as a tribute to some of the greatest American music of the 20th century, and suddenly the lack of any Wilson brother hurts a little less. Brian's former musical director, Jeff Foskett, is now a permanent Beach Boy. Given that Foskett helped Brian finish Smile, his presence should elevate the performance.

Acid Kat's 3rd Birthday/Calentine's Day Party w/ Cal and the Calories, CHUD, Laffing Gas, The Cowboys, Boreal Hills, Soda Boys Saturday, February 14 Foam Coffee & Beer 7 p.m. | $6 By Jimmy Eberle Finally, Valentine's day will mark a new day for dwellers of Cherokee street. Cupid's stupid reign of terror will come to an abrupt halt as Acid Kat celebrates its third year of weirding out readers all across the Mississippi River territory. Not to be outshined, Cal and the Calories (an alter ego of multinational corporate punk sensation Lumpy) has finally graced us with a new record. On top of all that, three of Bloomington's best (CHUD, Laffing Gas and the Cowboys) are coming through to help wallow in the grimy underbelly of St. Louis' lonely hearts club. Plus, it's the Soda Boys' (members of Q, Pink Sock and Animal Teeth) first show ever. Anyone with a brain should choo-choo-choose to be at Foam this Val...Calentine's Day.

Tommy Halloran's Guerilla Swing Sunday, February 15 Jazz at the Bistro 10 a.m. | $34.95 By Joseph Hess From Best Band St. Louis 2014: Tommy Halloran and his backing band perform live almost every night of the week -- every week of the year. You'd think that a schedule like that could become a wearisome drag, but day after day Tommy Halloran's Guerrilla Swing hits with power, versatility and -- if you couldn't tell by the bandmates' smiling faces -- absolute glee. Besides blowing through classic covers and standards, the band is distinct and original, teetering between jazz and blues. And, really, no two shows are the same as Halloran often brings in other players to expand on the band's already huge sound. Maybe Dave Stone will join to play saxophone at a small gig at Blues City Deli, or they'll bring on a marimba player at Herbie's Vintage 72. No big deal. Just the best band in St. Louis, doing its thing -- and worth seeing every time.