Remembering Don Covay and Giving a Soul Giant His Due 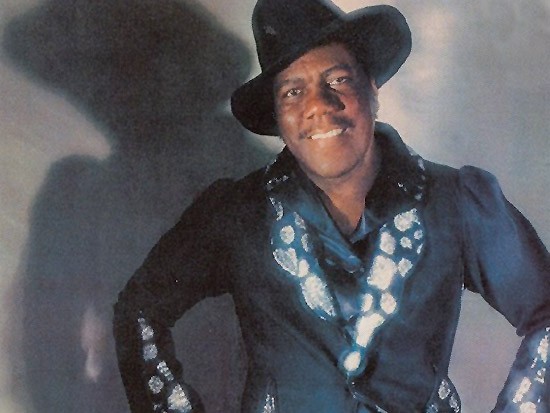 For three full days, rumors of the passing of Don Covay made the rounds on the social networks and soul fan blogs, making notice only in venues like Oregon Music News and the Examiner, without official confirmation from a single major outlet in the states or elsewhere.

The omission was emblematic. Don Covay, who died January 31 in New York at the age of 76 (some cite his age as 78), never became a household name, though he was one of the major -- as in absolutely indispensable and influential -- figures in American music. A Grammy-winning songwriter, producer, singer and eventually A&R man for Mercury Records, Covay wrote a few songs you probably know: "Chain of Fools" (Aretha Franklin), "Mercy, Mercy" (The Rolling Stones), "See Saw" (Aretha again), "Watch Dog" (Etta James), "Pony Time" (Chubby Checker), "I'm Hanging Up My Heart for You" (Solomon Burke), "Letter Full of Tears" (Gladys Knight & the Pips), "I'm Gonna Cry" (Wilson Pickett) and "Sookie Sookie" (Steppenwolf).

A tough, fiery yet somehow also cool (as in mischievously hip) feel defined Covay's singing and writing style. Mick Jagger didn't need to cite him as a primary influence; Covay's intonation, phrasing and wit are all over the Stones' recordings. He was also a creative force behind the short-lived super group known as the Soul Clan -- featuring Solomon Burke, Arthur Conley, Ben E. King and Joe Tex, along with Covay -- who recorded only two tracks, and hoped to use profits to fund development in the black community. There's never been another soul summit like it.

On stage, Covay could give Otis Redding a run for his raw, sweat-soaked ecstasy. Even late in his career, he could destroy a room, as witnessed by bootleg videos from performances in Miami with Ron Wood on guitar and Hilly Michaels on drums. In 1992, Covay suffered a serious stroke that devastated him physically. He rarely performed in the last twenty years, though he did make a final album, Ad Lib -- with guests Keith Richards, Huey Lewis, Wilson Pickett and Syl Johnson -- which was released on the Cannonball label in 2000.

Why isn't Covay better known? At Atlantic and Mercury Records he recorded stellar material, but because he was such a prolific and sure-thing songwriter, producers like Jerry Wexler farmed his songs out to the heaviest of hitters -- not that Covay and his accountants ever complained about that. In some ways, as clichéd as it sounds, he was too versatile, too preternatural a talent to be harnessed or marketed effectively.

Jon Tiven -- a Nashville-based musician, songwriter and producer -- met Covay in the '70s and eventually became his de facto music director and collaborator in the '80s, and producer of the excellent tribute album, Back to the Streets: Celebrating the Music of Don Covay and the aforementioned Ad Lib. For Tiven, Covay simply could not be pigeonholed.

"What Don did was well beyond R&B," Tiven says. "It was rock & roll and R&B and everything. With someone like Wilson Pickett, he was a force of nature, an R&B force. Don was not as easy to categorize, and I think he enjoyed that. He was the creative guy behind the scenes with the Soul Clan, writing songs for all his buddies. And I think he was the most talented of all. Wilson Pickett and Bobby Womack all held him in such high regard as a creative force, as a songwriter and singer. Some of it had to do with the music business. From what I gather, he was not someone who played the game. He wanted to be in control of his career as much as possible, so it wasn't easy for a guy like that to have a career in the business and as an artist. It was much easier to do it as a songwriter. Nobody could get in the way of that. Everybody wanted to record Don Covay songs. What can I say? The pioneers get all the arrows."