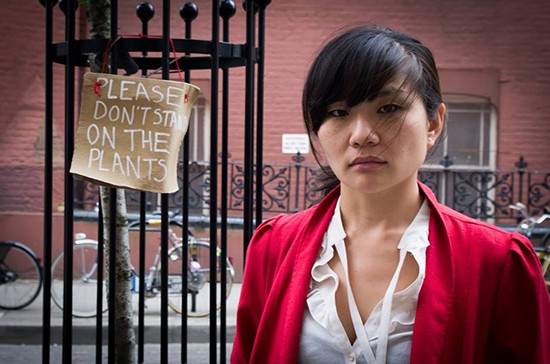 Sure, Valentine's Day brings its own share of bleeding hearts, but Hallmark holidays can't hide this fact: February is a dark, colorless time of the year. This month brings strings and (hopefully) catharsis in the form of blasting free-jazz and no-wave that swarms with electric guitars. Don't forget to wear protection -- you don't know where these bands came from. I mean earplugs, you pervert.

Taboo w/ Catholic Guilt, Larva Lou Thursday, February 12 Melt 10 p.m. | $7 Taboo digs through the human DNA, waking ancient dance genes with mystic no-wave. Hailing from the "other" Portland (Maine, not Oregon), the group feeds freaky folk through a visceral punk filter, bringing hooky tunes with a droning, repetitive slant. The whole affair is led with creepy lounge crooning and prophetic chants that give off a gothic vibe -- think less The Cure and more The Birthday Party. Catholic Guilt and Larva Lou provide the local support, making for a stacked bill of irreverent sound.

Vernacular String Trio w/ Dizzy Atmosphere, May Day Orchestra Saturday, February 14 Schlafly Tap Room 9 p.m. | free Consider this: Your significant other (or potential partner) doesn't have an ear for free-jazz. You call it "high art," they call it "extremely irritating." So trick them. Vernacular String Trio sits sandwiched between Dizzy Atmosphere's subtle swing and May Day Orchestra's jagged folk rock. True to its name, the trio shrieks and hums with warbling tones, building a dense crosshatch of speedy notes. Sparse melody unifies the sounds as they race around, like an audible chase scene of stringent highs and lows.

This group is fairly green -- so green that no audio or video could be found for preview purposes -- but quality is assured. After all, it's led by Joshua Weinstein, host of KDHX show All Soul, No Borders, the top avant-garde jazz program in St. Louis. The Schlafly Tap Room fits the kind of romantic mood you'd want on Valentine's Day, and the show's free. Who doesn't like a cheap date? No one you want to be with, anyway.

New Music Circle presents: Okkyung Lee w/ Lotte Anker Saturday, February 21 Joe's Cafe 7:30 p.m. | $10-$20 Okkyung Lee screams schizophrenic sound through strings, skin and bow. Her approach to cello comes informed by modern noise but also by traditional techniques she learned growing up Korea. The style sings in singular voice through a naked minimalism that, for all her use of space, feels dense and multi-layered. Currently a native of New York, Lee received a Foundation for Contemporary Arts grant in 2010 and a composer commission from New York State Council on the Arts in 2007. Renowned Danish saxophonist Lotte Anker joins Lee on this night for both solo and collaborative works. What can I say that the video below doesn't already?