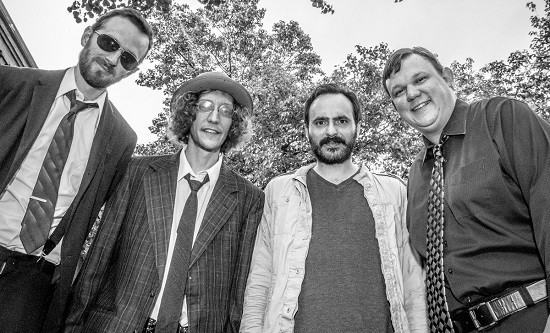 In terms of local culinary customs, there is no more clearly demarcated line in the sand than Provel. You can tart up a toasted ravioli or pour a Busch Bavarian into a snifter, but there ain't no dressing up this ballast of St. Louis-Italian cuisine. For locals, the processed cheese-food is quite literally part of their bloodstream; non-natives look at the gooey, too-malleable substance as St. Louis' great unpardonable sin.

It seems unlikely that the new instrumental soul quartet the Provels will be similarly divisive; instrumental soul-jazz goes down easy for most listeners. The hard part is elevating a style of music that is often relegated to background music or happy-hour soundtracks. The Provels' debut record does a fair job by this metric, producing solid grooves over which the instrumentalists show flashes of technical prowess and melodic invention. 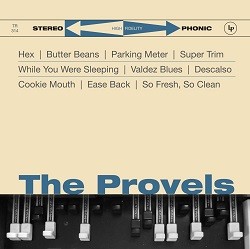 Any organ-guitar-bass-drum combo will have to contend with the shadow of the Meters, which wrote the blueprint for this kind of music while setting the bar almost impossibly high for those who follow. The members of the Provels rightly tip their fedoras to Leo, Ziggy et al., most obviously on "Parking Meter" and its strutting, syncopated organ lick. However, the quartet wisely tinkers with the formula and adds its own color to the palette.

Organist Phillip "Spanky" Manaois prefers to run his Hammond at overdriven levels, giving it a growl and a bark where other organists would go smooth and buttery. It gives his tone a brashness that matches his forceful solos, though a little nuance and subtlety would go a long way to add depth to these songs. Bill Newmann's bass reaches to icky-sticky depths with Clavinet-like pops and plucks on "Butter Beans," and drummer Jonathan Taylor nails the iconic drumbeat on the group's cover of Outkast's "So Fresh, So Clean." Rehashing a hip-hop song in this context would be a red flag if the Provels didn't take the song past the chorus' main riff; they do, and the track is one of the set's most cohesive and propulsive moments.

Likewise, "Valdez Blues" simmers with a Latin shuffle and features some of Jim Peters' most lithe, liquid lines before his overdriven tone takes him to different stylistic spaces. Some of these are conjured with the tap of an effect pedal, but this track in particular shows Peters' skill at moving in and out of genres. Moments like these take the Provels out of the established tradition of organ-fired funk and add a new flavor to an old favorite.

Listen to three tracks from the new album below: