Sheryl Crow Stars in Hilarious Video for FIDLAR's Cover of Her Song, "If It Makes You Happy" 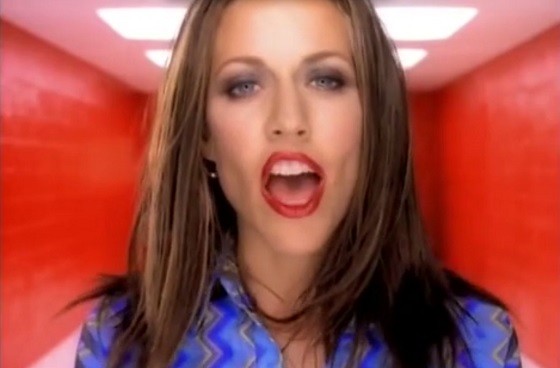 Who knew that FIDLAR and Sheryl Crow were a match made in musical heaven? The Los Angeles skate-punk group has previously covered a range of artists from Nick Cave to Elliott Smith to Pulp, but we can't say we saw a redux of the former Fenton school-teacher-turned-superstar's song coming.

Last week, FIDLAR put its spin on Crow's 1996 smash hit "If It Makes You Happy," turning the sunshiny song into an oscillation of lulling twang and aggressive, speaker-blowing distortion. The band released the track as a music video -- well, as a cover synced over the original video, which now features Sheryl Crow screaming out in FIDLAR frontman Zac Carper's voice as she dances around in a gold miniskirt, a leopard-print overcoat and knee-high leather boots. Genius.

Hilarity aside, it's a great cover and a precursor for what's to come from FIDLAR; the band has announced that album number two is currently in the works and, according to the video, is "coming kinda soon."

Watch the video below.