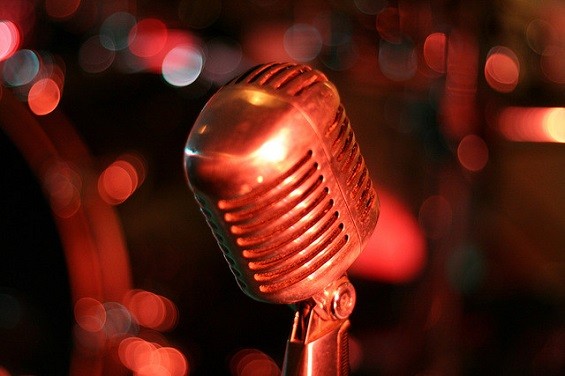 Open mic nights are an invaluable asset to any music scene. Whether you're a budding musician looking to hone your skills with some stage time, an occasional hobbyist just playing a few of your favorite songs for fun, or a seasoned professional looking to try out some new material, open mic nights are a great way to commune with other local musicians of all skill levels.

Luckily for St. Louis-area musicians of all stripes, we've got no shortage of music-oriented open mics around town. Here are five of the best that St. Louis and the surrounding area have to offer: 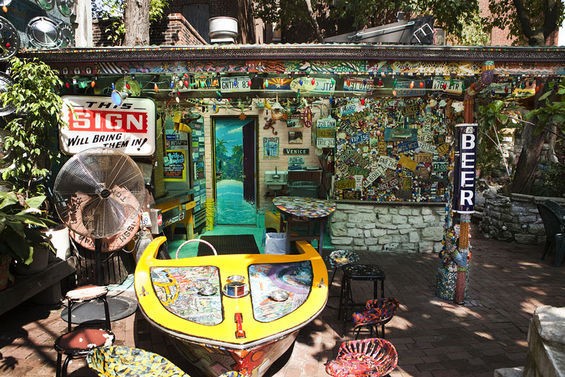 The RFT's 2014 Best Of Award for "Best Open Mic" went to the Venice Cafe, which should come as no surprise to anyone who's ever attended one. The Benton Park watering hole -- which celebrated its 25th anniversary last year -- is a St. Louis institution, and its vast collection of quirky mosaics, sculptures and other less-easily-classified conversation pieces set a perfect mood for an eclectic night of entertainment. Hosts Miles Long and Zack Sloan (aka Zacksquatch) keep things from getting too out of control while enthusiastic patrons and cheap drinks keep the vibe supportive and lighthearted. Things get started at 9 or 10 p.m. Mondays, depending on the week, and you can even call the bar between the hours of 4 and 11 p.m. to have your name added to the list. 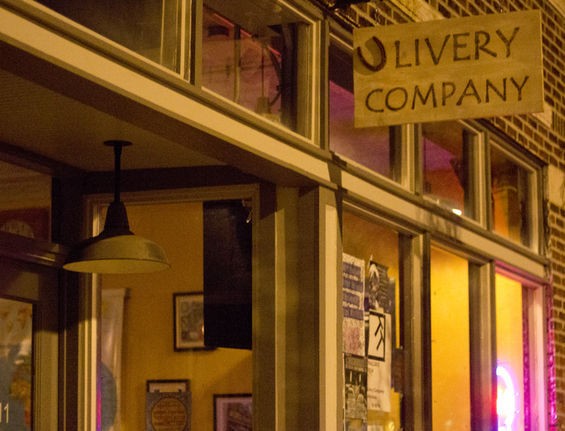 Originating all the way back in 2000 at Frederick's Music Lounge, this open mic -- formally dubbed the Chippewa Chapel Traveling Guitar Circle, Medicine Show and Open Mic -- has been housed by a laundry list of south St. Louis' favorite bars and venues, including a delightfully weird and memorable stint at Cherokee Street's Bavarian-family-restaurant-turned-taco-joint/bar/music venue, El Lenador. The Chippewa Chapel's current iteration has recently returned to Cherokee street, just a few blocks away at Livery Company, a perfectly cozy and unpretentious atmosphere for the anything-goes open mic hosted by a revolving cast of St. Louis's finest (and most foul-mouthed) solo performers, including Jesse Irwin, Ellen the Felon and Fred Friction. The details for each week's Chippewa Chapel, now held on Wednesdays, can be found here.

In addition to being one of the neighborhood's best options for late-night drinks and eats, Grove mainstay Atomic Cowboy also happens to host one of the city's best open mic nights. Hosts Cree and Cheryl Rider recently celebrated the close of their second year hosting the weekly open mic, which primarily features acoustic music ranging from country and bluegrass to folk and acoustic punk. Things usually get going on Mondays around 9 p.m., but the bar's early opening for lunch gives performers plenty of time to come early, sign up and grab a bite to eat before taking the stage.

This Edwardsville dive has been serving townsfolk and university students cheap beer and pub fare since 1974, making it the east-side suburb's most well-loved bar, grill and music venue. In addition to hosting a revolving cast of top-notch St. Louis and southern Illinois musical acts on Thursday, Friday and Saturday nights, the Stagger Inn Again has not one, but two, open mic nights weekly. Both the bar's Sunday and Monday night open mics are usually well attended, and see performers ranging in age all the way from twenty-somethings from nearby SIUE to the 60+ crowd.

With the Gramophone's recent announcement that the venue will no longer be hosting live music, the open mic held there for nearly seven years has moved downtown to the Crack Fox. Since its inception in 2008, the Gramophone's open mic night has been unique in that a backline including a drum set is provided for performers, creating an opportunity for those looking to play music outside of the usual solo and small group acoustic styles that dominate the area's open mics. Hosted by Danimal the Animal, this open mic occurs only twice monthly on the first and third Wednesdays of the month.