Art of Live Festival: A Guide 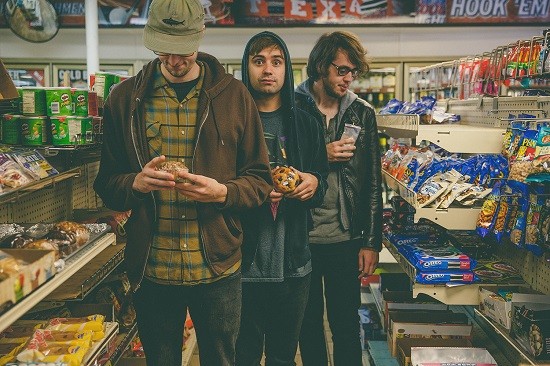 This weekend's Art of Live Festival is sure to shore up communal vibes across five area venues including the Demo, Old Rock House, the Firebird, Off Broadway and the Ready Room. This four-day fest encourages show-hopping by offering $35 wristbands for every event -- without it, you'll pay the typical ticket price at the door. Here we have laid out everything the festival has to offer, with links to music, so you can decide which shows you want to attend. What are you looking forward to? Read on and let us know in the comments section below.

Landlady w/ Adia Victoria, Acorns to Oaks Thursday, January 15 The Demo 8 p.m. | $10-$12 By Christian Schaeffer Adam Schatz may have studied jazz theory at New York University, but his musical outlets -- the madhouse Beefheart workouts in Man Man, the dirtball country scuzz of Those Darlins, the samba-flecked jams of Little Joy -- point more to his pantheistic pop tendencies. Landlady is the principle creative outlet for this longtime sideman, and its debut LP Upright Behavior is a mish-mash of schizoid rhythms, High Life guitar strokes and always on-point harmonies. As a vocalist, Schatz's delivery is reminiscent of the warm, elastic tone from Maps & Atlases' Dave Davison, and his songs follow an internal logic that always returns to a melodic pleasure zone.

Swear & Shake w/ Great Peacock, Lizzie Weber Friday, January 16 Old Rock House 8 p.m. | $10/$12 By Allison Babka Swear & Shake is great, but don't show up late and miss out on St. Louis native Lizzie Weber. Check out our recent write up on Lizzie as part of Six St. Louis Musical Acts to Watch in 2015: Guitar-slinging, piano-playing, delicate singer-songwriter types are a dime a dozen, and we've certainly heard several piggybanks' full over the years. But there's something completely honest about Lizzie Weber's delivery that keeps us coming back for more. With firm earnestness and belief in the words' power, Weber's gorgeous voice reminds us of what a Disney princess might sound like if she were allowed to truly emote without film contrivances. Weber's self-titled debut album this year offered flashes of what she can do, but her live performances -- solo, or backed by additional string players -- are something to truly cherish. Watching her talent continue to grow will be a highlight in 2015.

Nikki Glaser w/ Bobby Jaycox Saturday, January 17 The Firebird 8:30 p.m. | $12-$15 From the RFT archives: It's impossible to describe Nikki Glaser's comedy without reference to Sarah Silverman, whose influence on the comic from Kirkwood is blatant (both skip gleefully into the taboo pastures of rape and abortion). But while Silverman assumes the persona of the naive boor in order to lampoon A-listers and all things PC, Glaser offers a different emphasis: She sounds like a sweet sorority girl relishing her own depravity. ("Before I used my vibrator, I used my electric toothbrush.... Don't judge me! My vagina had never been whiter or more tartar-free.")

Zola Jesus w/ Deradoorian Saturday, January 17 The Ready Room 8:30 p.m. | $15 From this 2011 interview: Zola Jesus is in a playground at midnight, and she's mucking in the darkest places, searching out tiny pains and feeding them blood and chocolate until they're large and capable of decimating cities. She's a conjurer, cloaking her voice in a strata of black magic and divined emotion. Zola Jesus is shaking you, showing you the yoke of sadness hanging like a pimp chain around your neck, and asking why the hell you aren't facing it, admiring its facets and polishing it up for the world to see. Because that's what she's done -- why can't you?

If you haven't already, check out opening band This City Of Takers with their new album We All Can't Live Forever: