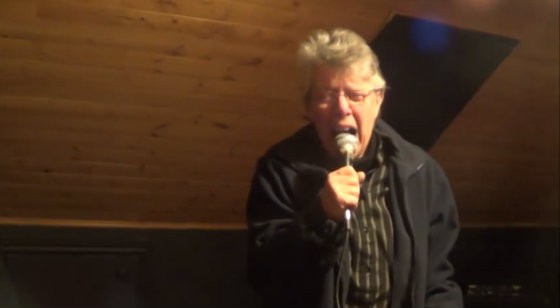 Grindcore fans, rejoice. Your savior has arrived in the most unlikely of forms. Have you or your friends lamented lately that there just doesn't seem to be any great grindcore left anymore, much less great vocalists? It seems like the genre has taken a real nosedive in recent years.

That's all about to change, thanks to the band Corrupt Leaders, an upcoming young grind band out of Canada who has finally found the messiah to lead the genre back to its rightful place atop the throne of metal subdivisions: Mom.

First, a bit on Corrupt Leaders. In all seriousness, the band is definitely making itself into one to watch. Just this past year, it put up three releases on its Bandcamp account that show off an impressive burgeoning talent.

Oddly enough, I've heard quite a few metal covers of Bob Dylan's "Masters of War," but this one is definitely the best extreme take on the song so far, giving it a bluesy, Southern sludge-metal feel akin to Down or Crowbar.

The Leaders' split with Dogma and self-titled record are more in the group's typical grind style and show real promise for their future as a band. However, the greatest part of the upcoming sophomore effort, which the members are recording right now, is definitely the preview they have posted on YouTube.

Enter grindcore's newest superstar, the mother of one member of Corrupt Leaders, a 66-year-old woman who is going to turn grindcore on its head.

All kidding aside, she's actually not bad. It isn't easy to produce guttural screams like that, and she nails it. When the music comes in, you'd be hard-pressed to guess that it was a woman old enough to draw Social Security producing those screams. I, for one, cannot wait to hear the finished product.