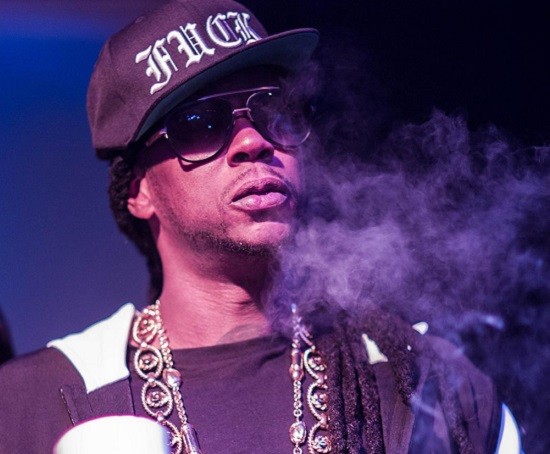 This month, St. Louis is back in a major way with tons of local acts -- several of our favorites, including Black Spade, Illphonics, MME and FarFetched. Oh yeah, and did we mention that Yo Gotti, 2 Chainz and Migos are sliding through? A pretty big deal -- after all, Migos > the Beatles.

Local collective and label FarFetched finished 2014 with a bang, and is celebrating by having its next party in the early weeks of 2015 for Prologue IV, the collective's annual best-in-show release. If you aren't yet familiar with FarFetched, then all you need to know is that the collective-cum-label likes to make music that breaks the mold, utilizing elements from hip-hop and electronic genres to create a genre all its own.

The Boombox with This Is The Dope, Illphonics, MME and Marc Goone at 2720 Cherokee Performing Arts Center January 16 8 p.m. / $12

The Boombox is a Stereo Assault-sponsored showcase of local talent. For the first installment, the bill includes a number of artists who have been making waves in the St. Louis rap and music scenes for a few years: Illphonics, MME, Marc Goone and This Is the Dope, a.k.a. Black Spade, Teresajenee and Indiana Rome. The show also includes visuals by Stajah Curry and Yvonne Osei.

Can you say all-star lineup? Yo Gotti, 2 Chainz, Fabolous, August Alsina and Migos come through St. Louis on their State of Emergency 2 tour. The tour comes in advance of Yo Gotti's upcoming album The Art of Hustle and his single "Errbody," where Gotti discusses how the rap industry -- and honestly, people in general -- like to stunt and brag about the things they claim to have, which they actually don't. Gotti's song calls them out; he's heroically looking to rectify this problem.

St. Louis' annual hip-hop awards is back with its latest round of artists, DJs, Bboys and Bgirls, and producers from the past year. Per usual, the show will also feature live performances from local musicians and artists in between award nominations. Last year's show was at Plush -- RIP, Plush -- but this year, Slumfest is being held at incomparable 2720 Cherokee.