Dudes Weekend: Three Days of Punk Just Around the Corner 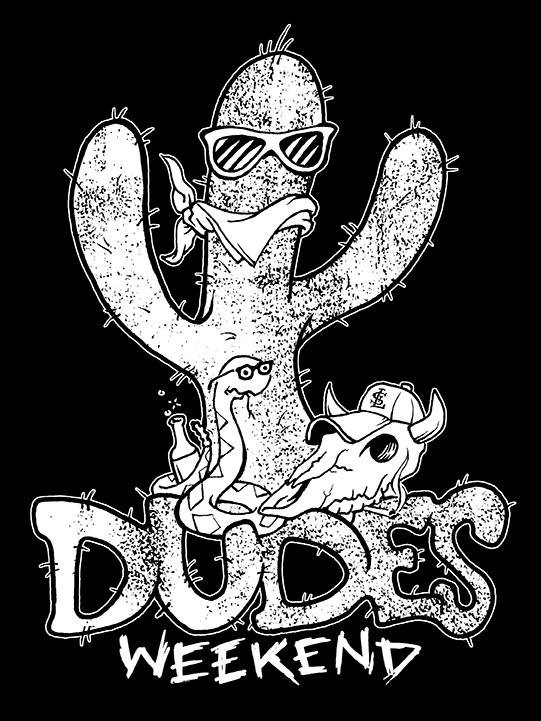 There comes a time when every True Dude must no-call, no-show to his/her respective industry job and participate in a drunken-shenanigan-filled retreat into the wilderness with his/her fellow man/woman. For St. Louisans, this is Dudes Weekend at Fubar, from January 22 through 24. What may look like just a few days of punk shows is really a nighttime version of day camp for befuddled adults who want to chug beers, talk about The Simpsons and wrap their arms around each other's shoulders and get pulled into a sing-along. Make new memories to forget later, all for the low price of $30.

The men organizing this pop-punk circus are Haddonfields/Winchester guitarist/singer Darren Gratton and a mysterious local man known only as Nighthawk. They've both made plenty of friends through booking/playing shows and touring the country, and this year's lineup is no let down.

The bands include local workhorses such as Breakmouth Annie, Horror Section, Ultraman, the Fuck Off and Dies, as well as killer touring machines Spruce Bringsteen, Nato Coles and the Blue Diamond Band, the Slow Death, the Rackatees and the Dopamines, to name a few. Showgoers will need to buy new Chucks afterward, owing to an unimaginable amount of slamming, stumbling, toe-tapping and running outside to grab whoever's smoking and dragging them back to whatever it is they're missing out on.

"For the Last Time is doing a reunion show. Lesser Apes is a new band. This is their first time in St. Louis," Nighthawk says of some of the weekend's welcome surprises. "The Strait A's haven't played here before, I don't think. The same goes for Indonesian Junk and the Right Here."

There's also a couple extra shows going on on the final day of the fest. "Like last year, there will be an acoustic set at Silver Ballroom on Saturday afternoon, accompanied by a barbecue provided by SOL Club," he says of the hangover day show, adding, "There will be a late show after party Friday and Saturday night at Chill Dawg Cove -- 6819 Minnesota Avenue."

"Several people were upset with us using the word 'retarded,'" Nighthawk says of the name change. "We thought about it, and decided that if we changed the name we would get more sponsorship and advertising, as well as turnout and bands wanting to play. It was just a joke, so we weren't attached to it by any means."

But this doesn't mean the weekend has been watered down in any way. It's impossible to expect anything less than chaos with members of an avalanche of bands all downing whiskey and partying as hard as possible for three days. "Fireball should do well," quips Nighthawk.

Will Mikey Erg come with them? Probably not, but maybe!

To pre-game, there is a fundraiser show for Dudes Weekend on Saturday, January 10, at the Demo with Better off Damned, the Chill Dawgz and Daren Gratton doing an acoustic set. "There will be a raffle at the fundraiser show," Nighthawk adds. "The prizes are all great. But the best one is dinner with Daren and me."

The full lineup is as follows: Bassamp and Dano, Better Days, Better Off Damned, Braddock, Breakmouth Annie, Brickfight, the Chill Dawgs, Cool Mutants, Dethwarrant, the Dopamines, Eaten Back To Life, For the Last Time, the Fuck Off And Dies!, Guy Morgan and the FT Crew, the Haddonfields, Horror Section, Indonesian Junk, Lesser Apes, Nato Coles and the Blue Diamond Band, No Two Waynes, Pastaways, the Rackatees, the Raging Nathans, the Right Here, the Slow Death, Spruce Bringsteen, the Strait A's, Thirty Helens Agree, the Timmys, Two Houses, Ultraman and the Winchester