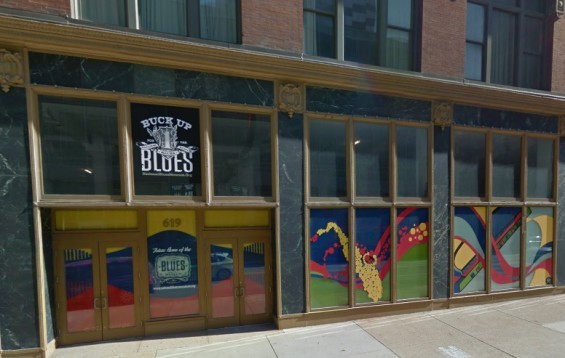 What do the National Blues Museum and Hello Kitty have in common? They're both on CNN's hot list.

Since the National Blues Museum announced in December that it had achieved its funding goal and would begin construction in downtown St. Louis immediately, blues fans and news outlets alike have been championing the museum. Cable news behemoth CNN is the latest to jump on the bandwagon, touting the museum as one of ten "exciting attractions opening in 2015." CNN writer Mark Johanson includes the National Blues Museum on his list of most anticipated venues from around the world, along with Hello Kitty Park in China, Funtasy Island in Indonesia and the National Videogame Arcade in England.

Blues fans will have a good reason to smile next year when the National Blues Museum opens to the public in downtown St Louis.

Backed by everyone from blues legend Buddy Guy to actor John Goodman, the $13.5 million complex will contain 16,000 square feet of interactive exhibition space, a 100-seat theater and a robust calendar of public programming.

"It's great to see CNN include the National Blues Museum in their 'ten exciting attractions opening in 2015,'" says Dave Beardsley, museum cofounder and founder of STLBlues.net. "I hope the awareness created about this international cultural attraction has people from all over the globe booking their travel plans to St. Louis.

"While the National Blues Museum isn't the biggest attraction mentioned in terms of size and scope," Beardsley continues, "it'll ensure that this American art form called the blues is celebrated perpetually, and that's priceless to me!"

Under construction on Washington Avenue, the National Blues Museum is slated to open later this year. At completion, the museum is expected to include 16,000 square feet of interactive galleries and exhibits that will feature artifacts as well as technology. There also will be a theater, a special-events space and classrooms, with plenty of programming available for the public and educational institutions.

The museum is backed by some of the biggest names in entertainment, including blues legends Buddy Guy and Denise LaSalle, actors John Goodman and Morgan Freeman, and musicians Jack White, Robert Cray and Derek Trucks. Devon Allman, a touring musician who grew up in St. Louis and is the son of Gregg Allman of the Allman Brothers, is a very active National Blues Museum board member.

"Finally the blues -- its rich, storied history, its unique cast of characters and its mojo -- has a home we can all be very proud of," Allman said in a recent statement. "This genre of music which has influenced so many artists throughout the last century is so very deserving of this museum."

For more information about the museum, visit nationalbluesmuseum.org.