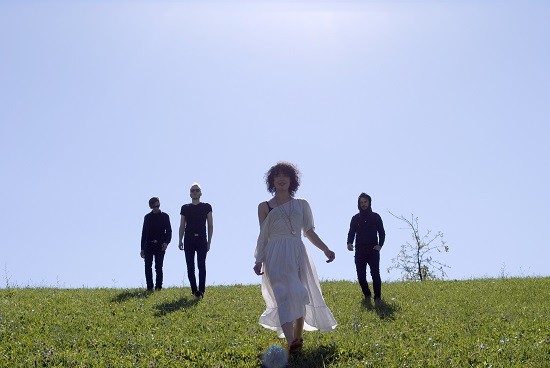 The abundance of musical talent in St. Louis shouldn't surprise us anymore. After all, this is a city that was built upon the talents of Scott Joplin, Tina Turner and Chuck Berry. But damn if we don't get big ol' grins every time a band hits the "click."

You know the click — that period in an act's lifecycle when everything from songwriting to personnel to gig schedule comes together in a power-surge that screams, "Hell yes, this is it!" And when that happens, witnesses can see the elements merging together all Captain Planet-like onstage, adding a special kind of electricity to a performance. It's pretty beautiful.

We see that happening with a lot of St. Louis talent right now, but it's quite pronounced in the acts below. Maybe these folks recently added a surprising instrument to the sound. Maybe they're on a high from a new album. Maybe they just said, "Fuck it, I'm going to finally make the kind of music I love." Whatever they're doing just works, and that's why these are six St. Louis acts we'll be keeping our eyes on in 2015.

CaveofswordS has been on a performing rampage for the past few months, gigging everywhere from the Saint Louis Art Museum to the Gramophone and even beyond the Mississippi's reach. We can't help but think that it's all because CaveofswordS is as excited for a new album as we are. Recently signed to Boxing Clever Records, the dream-pop band has been working on tunes and collaborating with all sorts of fine folks under a separate Far Fetched imprint. We adore the music, but we're not going to lie about totally crushing on them for dressing like BCR labelmates Bruiser Queen for Halloween. That's some serious STL love.

Sometimes it feels like a band has always been around, and you sort of forget that it came onto the scene just a couple of years ago. It's like that with Bluefish, which released its silvery, melodic debut EP Shake the Dust in 2013 and has been going on touring sprees since. This year, the band has been tossing quite a few new songs into its shows, teasing us with the promise of an album in 2015. We know the record will be good, but Bluefish set an awfully high bar for itself with its masterful tribute to Rihanna during this fall's An Under Cover Weekend. Can the group top that?

Last year, we predicted that hip-hop collective MME would be one of 2014's act to watch. The group made us look like psychics, turning out all kinds of delicious jams, plus earning its leader Mvstermind (Muhammad Austin) one of our Best of St. Louis awards. But the good stuff doesn't stop at the top. MME member Con (Malcolm Chandler) fronts his own solo work that's been getting significant attention, particularly for this fall's album Solstice Part 2 (Dreams from a Snow Globe). His sharp lyrics combined with Mvstermind's soulful grooves prove that the MME well is far from dry. Good thing we're plenty thirsty.

Confession: We swoon pretty much every time we hear a Clockwork song. It doesn't matter if it's a pop ballad or a rocker, the trio's expert vocal harmonies and earnest lyrics just get us right in the feels. This will keep happening, too, with the band's brand-new sophomore album Not Meant for the Dark landing at the top of our holiday wish list. But what really tells us that Clockwork has arrived is that the group recently managed to turn Mariah Carey's "All I Want for Christmas Is You" into a swingy love song that doesn't make us want to stab our ears. Well done, chaps!

There's nobody else we can think of who was born to be a piano virtuoso the way Ellen Cook was. A master of every style imaginable (and a few we can't even classify), Cook simply does something magical each time her fingers touch the keys. Because of this, we were expecting — and received — great things from Bang Bang Bang, her debut album with percussionist Matthew Reyland in 2013. It's about to get even better, though, as Cook and Reyland are building a full band for a new venture that glitter fan Cook describes as "cabaret rock opera." Color us intrigued!

Guitar-slinging, piano-playing, delicate singer-songwriter types are a dime a dozen, and we've certainly heard several piggybanks' full over the years. But there's something completely honest about Lizzie Weber's delivery that keeps us coming back for more. With firm earnestness and belief in the words' power, Weber's gorgeous voice reminds us of what a Disney princess might sound like if she were allowed to truly emote without film contrivances. Weber's self-titled debut album this year offered flashes of what she can do, but her live performances — solo, or backed by additional string players — are something to truly cherish. Watching her talent continue to grow will be a highlight in 2015.