The 10 Best Concerts in St. Louis This Weekend: January 2 to 4 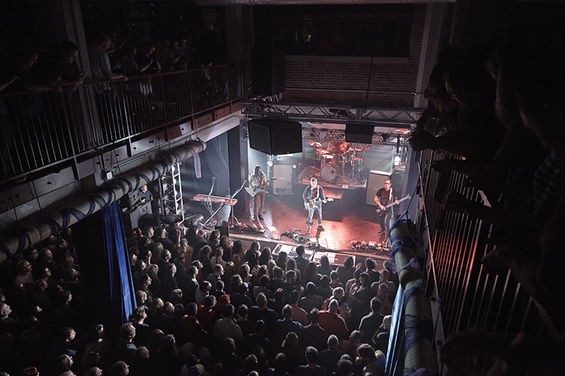 Sure New Year's Eve drained the city's collective batteries, but those who chose staying in over dodging wild cars and cavorting woo girls now own the weekend. Plush provides two very different ways to kiss the venue bye-bye with Day26 on Friday and a wired local showcase on Saturday. Tyranny Enthroned releases its latest record at the Firebird and The Maness Brothers play an extended set over at Layla. St. Louis starts off 2015 with a strong weekend line-up of local powerhouses.

The Maness Brothers Friday, January 2 Layla 9 p.m. | free Voted "Best Blues Band" by readers in the 2014 RFT Music Awards, the Maness Brothers takes over Layla for a special extended set featuring covers and, of course, killer originals. The band is set to leave town for a solid month-long tour throughout the United States -- so see them off before the (hopefully not) perilous journey.