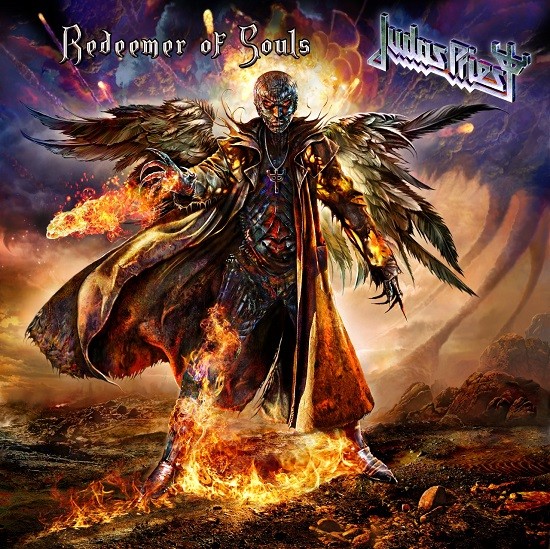 Hey metalheads, here's yet another "best of the year" list for you to disagree with. After all, there were a ton of good records released this year, and even more bad ones. Your favorite might not be on here, which means it probably isn't that good. But here are ten even better records for you to check out. Remember, there's no crying in heavy metal!

I have no idea how this band is still together/active/breathing after 40 years, but thank the Metal Gods for the group's seventeenth full-length album. Redeemer of Souls is the sharp and screeching classic heavy metal that Priest perfected on 1990's Painkiller, but with a bit more mid-paced tempo and good song titles like "Metalizer" instead of really good song titles like "Leather Rebel." Oh, and even better: This one is not a concept record about Nostradamus.

Tom G. Warrior spoke very openly in the press on how the creation of this album prevented him from taking his own life, and that desperation and urgency is never subtle on Melana Chasmata. As the mastermind behind Hellhammer and Celtic Frost, the Triptykon guitarist/vocalist's creations helped spawn the darker side of heavy metal throughout the early '80s and continue to push that sound forward in 2014. The H.R. Giger album art sets the perfect spooky tone for the album's gothic-edged metal, and I'll be damned if that isn't the most vicious guitar tone of all time.

OK yeah, how "metal" this band is might be debatable, plus this is just a single and the song kinda sucks. But this is Faith No More's first release in seventeen years, something so exciting that even its one questionable tune places it amongst the important releases of the year. I feel like this EP belongs on a shelf with "The Monster Mash" and "Eat It" and is just a prank from the weirdos in FNM. One of the most creative and influential bands in recent memory with possibly the most versatile, highly admired vocalist in the last few decades releases its first single in almost twenty years... and has the keyboard player do lead vocals on a song that kinda sounds like Bloodhound Gang, and calls it Motherfucker? Good one. I truly suspect this is just a grand trolling by the band before its full-length knocks the music world on its ass in 2015. A highly collectible novelty record it will become.

Ever find yourself sitting at an old desk with a single lamp, carving into your flesh with a freshly sharpened knife while you load some kind of automatic weapon and continually repeat the names of those who've done you wrong? Sure, who hasn't. Well, now there's the perfect soundtrack to accompany this activity, thanks to a revamped Today is the Day. Animal Mother is the tenth full length from Steve Austin and crew. The album teeters somewhere between psychotic breakdown and childish temper tantrum in a way that makes every word and every note sound all too genuine. To have a listen is to put yourself in the hands of an unstable madman whom you cannot trust.

Midnight is guilty of sounding way too much like Venom at times. This is a very good thing because if you didn't know, Venom fucking rules. There are elements of the faster Motorhead tunes and even some early Iron Maiden thrown in, along with a whole lot of whips, chains and evil. The band's rowdy live events are the kind that GG Allin himself would probably approve of -- the kind you'd want to wear a helmet and fire coat to. No Mercy for Mayhem is probably the meanest, dirtiest album of the year. 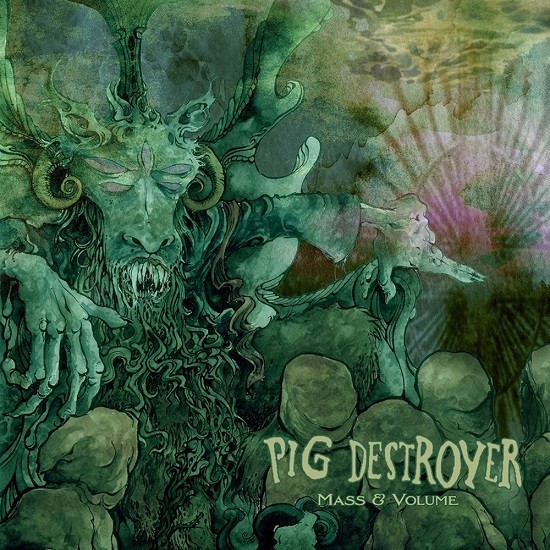 When the world's most beloved grindcore band slows down, they slow waaaaay down. The first song on this album is actually longer than "In-A-Gadda-Da-Vidda"; an impressive feat from a band whose previous work consists of 38-song albums with tracks under half a minute. Some guy somewhere in a jean vest is going to disagree with me, but Pig Destroyer just put out the best doom-metal release of the year.

If you're a metalhead, Sweden was probably one of the things you said you were thankful for last month as you ate your turkey. Amongst the gifts they've given the rest of the world are Bathory, Meshuggah, Entombed, Amon Amarth, Dissection and now Morbus Chron. The band doesn't stick to the rules of any specific sub-genre, but with roots in prog, death and black-metal it has created a unique and expansive world all its own. The songs are cinematic and wandering and the production is dense, with an old-school thickness. The vocalist kind of sounds like Chuck Schuldiner, which only helps things. This is maybe the most intriguing and creative metal album of the year, and I predict great things in this band's future. Thanks again, Sweden.

It only took four albums for Germany's Lantlos to connect the dots between rip-roaring black metal and '90s alternative rock. Melting Sun is pure Hum worship. Its that fourth Failure album that was never released. Its Jesu as a live band, without electronics. You could probably put it on in the car with your mom and she'd be cool with it. Some metal fans might be let down by the clean vocals and lack of aggression, as they similarly were to Cave In releasing Jupiter years back, but the album is still quite heavy and driving, and the songwriting is well thought out and memorable.

The artwork and overall vibe of this album feels like something you'd find in a Criterion Collection DVD case. It's a challenging record that may not be for everyone, but worth the pay off once you open your ears and sink into its mind-bending bleakness. Elements of black metal and prog-rock are present, but these three nameless Canadians have definitely created their own dark beast with this album. It's perfect for a year as futuristic sounding as 2014, like what some sci-fi writer in 1994 would imagine metal would be like in twenty years.

1. GODFLESH - A WORLD LIT ONLY BY FIRE (Avalanche Recordings)

The heaviest band in the world just reunited and made its first new music in thirteen years. Yeah, this is a no-brainer for number one. This music crushes buildings. It flattens planets. It shoves a little girl down in the mud and take her bike and sets it on fire. Godflesh is just two guys and a drum machine; the music is straightforward and simple, and the lyrics are stripped-down and direct. The lack of bells and whistles is part of what makes the band so effective. It's like getting your ass kicked by a 400 pound wrestler who, instead of wearing some fancy costume, is just pissed off and butt ass naked. (Also check out the excellent four-song Decline and Fall EP released just months earlier.)