Twelve Days of STL Christmas, Day 12: Rough Shop, "Just Because it was Christmas" 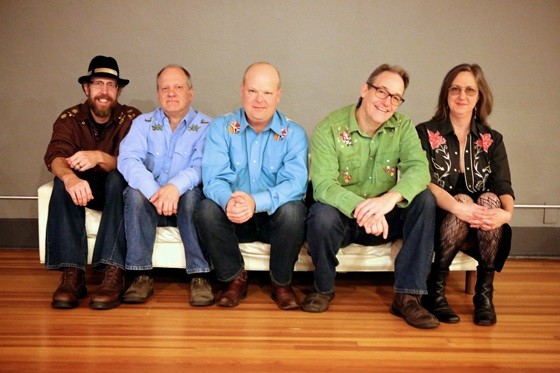 Christmas is upon us, and that means inoculating yourself against the relentless onslaught of much of the Christmas carol canon. To save your ears — and to celebrate the seasonal offerings of some local artists — senior music writers Roy Kasten and Christian Schaeffer will count down 12 of the finest holiday jams from St. Louis artists each weekday from now through December 24.

Perhaps you read our feature on Rough Shop a few weeks back, or maybe you've attended the band's annual pageant-like holiday shows, but it's no secret that the quintet takes Christmas music seriously. With this year's Lit Up Like a Christmas Tree, the band has now issued two full-lengths of largely original compositions, most of which come from the brains of co-leaders Andy Ploof and John Wendland.

Ploof takes the lead on what has become Rough Shop's marquee Christmas song, the band's purest distillation of what the season means to its members. Christmas songs written for adults have to tread the terrain between nostalgia and reality — Santa is a myth, peace on earth is just a crazy dream and the stress of the holidays threatens to overwhelm the whole enterprise. And yet the purity of those beliefs don't totally fade with age; the season still holds sway as it did when we were young.

"Everything that I remember," Ploof sings, "you remember it the same way." It's hard to tell if the protagonist is singing to a romantic partner with whom he has weathered many seasons, or to a sibling who can recall every bauble on the tree and every scratch on the family copy of Nat "King" Cole's The Christmas Song. It doesn't really matter; Christmas brings back these memories in a Proustian flood, and Rough Shop does its best to corral them into song.

Jingle Jangle: Ploof's electric 12-string gives a Byrds-y jangle to the track that's matched by Spencer Marquart's sleigh bells, and somewhere in the distance orchestral chimes rings out like the Bells of of St. Mary's.

Further Listening: "Just Because it was Christmas" is the title track to the band's 2009 holiday collection; 2014's Lit Up Like a Christmas Tree is available in vinyl, compact disc and digital formats. Sample it at Rough Shop's Bandcamp page.