Plush in Midtown To Close January 3 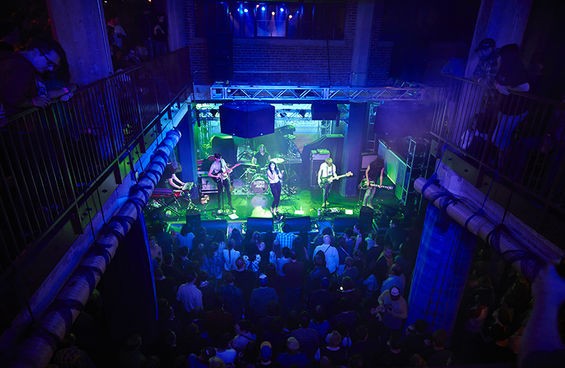 Following the Gramophone's decision to switch its focus from music to food and Bad Dog's upcoming closure in the Grove, Plush will close on January 3 -- with less than two weeks' notice. Music fans have more than a few chances to show their support with acts like Little Falcon, Farewell Angelina, Buku and Day 26 still on the way.

The announcement was made yesterday afternoon through a Facebook status update. Lacking any sentimental tone, the quick message says more about drink specials than any remaining concerts.

After Plush opened in early 2012, we at RFT quickly gave the space a "Best New Bar" award in our annual Best Of St. Louis issue. Our former food critic Ian Froeb even gave the restaurant side a mostly positive review. With four stories and 40,000 square feet of music, food and drinks, Plush was nothing if not ambitious.

This year has not been kind to St. Louis music venues in general and some cite the opening of Ballpark Village as a main cause for closures. Plush is technically located in Midtown, but the building still sits on the edge of downtown less than three miles away from Busch Stadium. While the venue has not publicly stated anything other than the Facebook post above, it's important to note that the venue came to St. Louis as a franchise of Plush from Tuscon, Arizona, which also recently closed after 14 years in operation. We'll have more details as they come.

All is not doom and gloom. There are at least 7 shows on the way with artists ranging from hip-hop to indie rock. Keep in mind that drinks are now 50% off, so that fact alone should make Plush a hot destination during the days ahead -- especially on New Years Eve.

Plush talent buyer Jill Cherkas is still organizing a free farewell bash on Saturday, January 3. If you are in a band and are interested in performing, contact her at bookingstl@plushstl.com.

This Just In Too Soon