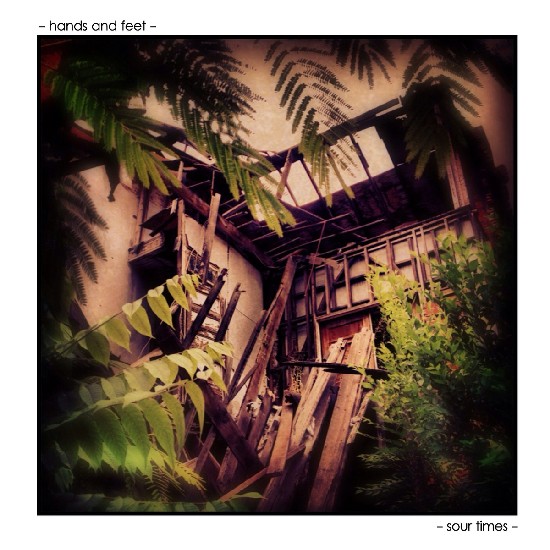 Stephen Favazza's Hands and Feet doesn't quite know what to term itself when it comes to genre -- elements of electro, dub, rock and hip-hop slip in and out of the six songs on Sour Times. That eclecticism makes the FarFetched collective a good home for Favazza's output, as that stable of artists seems to often dip into each others' headspace, expanding their palettes in the process.

See also: Hands On With Stephen Favazza Of Hands and Feet

For an EP called Sour Times, the collection is less indebted to trip-hop than you might think, though Hands and Feet certainly is inspired by the kitchen-sink nature of Portishead's productions. To wit: The title track opens the collection with squelchy bass and the kind of skittering drum-machine patterns that feel poised to pop off at any moment. And while that bass line carries through, the rhythm gently disintegrates as a distant, airy melodica becomes more prominent. That initial electronic rhythm is shed and a laconic ride cymbal takes over, laying a foundation for light, nearly shoegazey guitar work. Many of these mostly instrumental songs follow a similar trajectory and are washed in a mix of slate gray and cerulean blue.

When Favazza does use his voice on these songs, he's less a lead singer and more a member of a multi-instrumental collective. On "Fight Fight Fight," his voice is slight and expressive if untrained, not unlike post-punk vocalists of yore, but it fits in under layers of processing and amid other modulating textures. The EP's most compelling moments engage in a kind of melodic minimalism -- doing the same thing over and over again, and doing it very prettily.

"Ghost Bat" channels the British band James' more experimental work with Brian Eno, as organ chords ring out like sonar pings while loose drums and ethereal slide-guitar establish separate but intersecting rhythms. Sour Times is by no means a multi-part masterwork, but each song is an object lesson in what Hands & Feet strives for in its compositions. Style is a feeling and genre is a straightjacket, and Favazza is free to follow his mellow moods.

Pick up the new album here and catch Hands and Feet live: