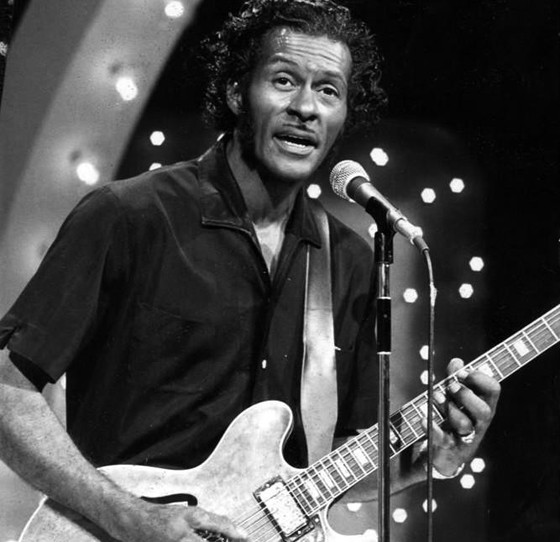 As far as the world knows, Chuck Berry has only recorded three Christmas songs: "Run Rudolph Run," "Merry Christmas, Baby" (written by Lou Baxter and Johnny Moore) and "Spending Christmas." There may yet be more in the vaults, but for now these sum up the father of rock & roll's statement on the season.

Dating from a December 15, 1964 session at Chess Studios in Chicago, "Spending Christmas" was never officially released by Chess until the brilliant box set You Never Can Tell: The Complete Chess Recordings 1960-1966, and if you think you've heard all the Chuck you need to hear, you've got another thing or a dozen coming (and then there's this forthcoming beast as well). "Spending Christmas" serves as a glistening reminder of just what a good ballad singer the greatest living rock & roller could be, how much jazz and blues he could summon, and how Nat King Cole really was his idol, as the man claimed.

But "Spending Christmas" is pure Chuck, with all the right accents, with his impeccable phrasing and a fulsome sense of longing for family and home that he felt when he was on the road. Even as he channels the holiday blues of Charles Brown, he distills the loneliness of this season in every guitar line, in every bittersweet syllable.

Who the players are: Chuck Berry is such a grand figure in popular music it's easy to forget the musicians who surrounded him. On "Spending Christmas" he's back by a band he picked up at the Butterscotch Lounge in Gaslight Square in St. Louis: Jules Blattner (guitar), Bill Bixler (bass), Howard Jones (drums) and Brian Hamilton (saxophone).

Where to listen: Anywhere but especially if you're far from home this Christmas.