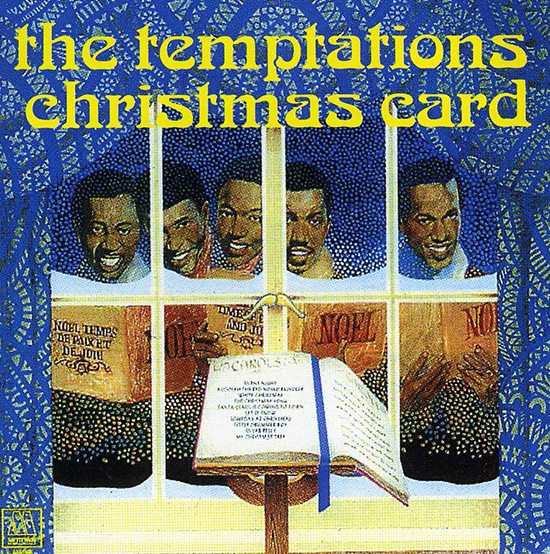 Christmas is upon us, and that means inoculating yourself against the relentless onslaught of much of the Christmas carol canon. To save your ears — and to celebrate the seasonal offerings of some local artists — senior music writers Roy Kasten and Christian Schaeffer will count down 12 of the finest holiday jams from St. Louis artists each weekday from now through December 24.

The beauty of the Motown machine was both its industry and its quality control: Berry Gordy may have leaned on his star players to make Christmas albums, but the songs and production were up to the label's usual high standards. That means that the Motown holiday comps are studded with gems like Stevie Wonder's peace carol "Someday at Christmas," Marvin Gaye's silken "Purple Snowflakes" and the can't-cut-it-with-a-knife funk of the Jackson 5 album.

While nearly every Motown act from the label's golden era cut at least one Christmas single, many of the marquee names released full albums — in the case of Smokey Robinson & the Miracles, two full albums. The Temptations Christmas Card is by no means the best Motown Christmas release nor the pinnacle of the quintet's career, but its soft-focus orchestrations smooth out the band's funkier, rock-influenced direction of the late '60s. Oddly, the standout tracks are of the kiddie-music variety; both "Rudolph the Red-Nosed Reindeer" and "Little Drummer Boy" show invention and soul in the arrangements and performances.

But the Temptations' tie to St. Louis comes through Dennis Edwards, a vocalist hired to replace David Ruffin in 1968. The deep grain of his voice, alongside his gospel-tinged inflections, left an indelible mark on the late-'60s hits like "Cloud Nine" (which won the label its first Grammy) and "Papa Was a Rolling Stone." Edwards take the lead on "Let it Snow!", luxuriating in the ballad tempo and drawing out each syllable with husky vibrato and plenty of romantic soul.

Liner Notes: Trainspotters have argued over which of the Funk Brothers, Motown's in-house backing band, played on the album, though this site suggests that solid-gold bassist James Jamerson is only present on "Let It Snow," making this cut doubly worthwhile.

Where is He Now?: Edwards still lives in St. Louis and occasionally tours with his own Temptations revue, as this 2011 spot from Fox 2 (KTVI) informs us.