Twelve Days of STL Christmas, Day 7: Grace Basement, "A Kiss For All the World" 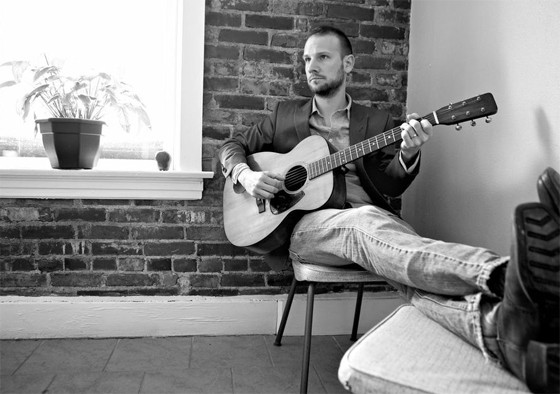 Sometimes the very best Christmas songs make only passing reference to the season; sometimes they don't mention it all. Nick Lowe's "Freezing" or Jo Stafford's "Winter Weather" deserve to be standards, as does Grace Basement's "A Kiss For All the World."

Though the song features a few choice seasonal images (snow, church bells, a starry night), musically quotes "Adeste Fideles" and echoes the quotidian themes of the Waitresses' "Christmas Wrapping" (what's more festive than waiting in a damn checkout line?), songwriter and band leader Kevin Buckley is simply reflecting on the strange state the season often puts us in. Those tangled-up-in-bittersweet-blue feelings have nothing to do with Christmas — and everything to do with it at the same time.

With a cozy (and bad-sweater-sporting) band behind him — David Anderson on twelve-string guitar, Kaleb Kirby on snare drum and melodica, Alan Murray on guitar and Ian Walsh on mandolin — Buckley sounds like he's bursting with romance and doubt. He doesn't feel especially worthy of the season or the love he's somehow stumbled into as a working musician, but there it is anyway: Somebody really loves him, and that's a miracle if ever there was one.

Best non-Christmasy but still somehow fitting line: "Who knows how I got through days without loving you? / Sounds funny but I think about it all of the time."