The 11 Most Confusing Christmas Albums of the Past Decade

by RFT Music and Josh Chesler

Metal God Entertainment We found so many weird Christmas records that the Judas Priest frontman's holiday album didn't even make the list. 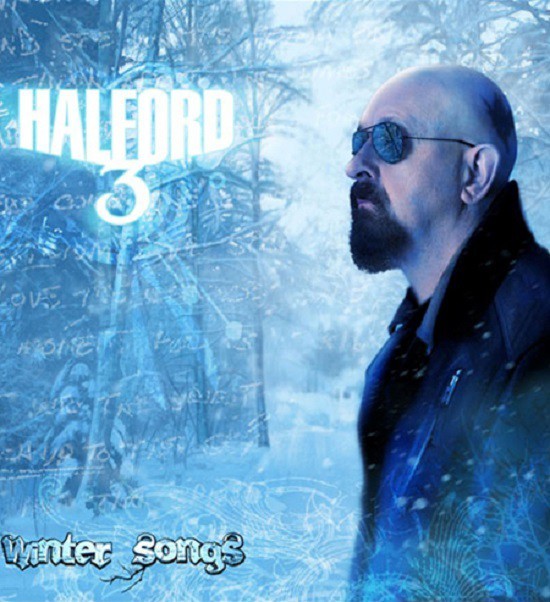 Every year, new artists try their hands at making Christmas albums. It works for some (Mariah Carey, Michael Bublé), but for many others, it's just a weird experiment.

It's more or less expected for a lot of country singers and mainstream pop stars to make at least some kind of holiday offering, but there are plenty of musicians and bands who do so even though it doesn't seem to fit the general theme of their music. Here's our list of eleven Christmas albums from artists who we think have no business making Christmas albums.

11. Glorious Christmas Songs That Will Make Your Black Label Heart Feel Good
Black Label Society (2011)
This three-track Christmas album from Zakk Wylde and his heavy-metal crew contains rocking covers of holiday classics "I'll be Home for Christmas," "O Little Town of Bethlehem" and "Wonderful World." While we didn't see this one coming, it's not all that surprising since BLS released several covers on the album The Song Remains Not the Same earlier that year. Maybe Black Label Society is getting a little softer in its old age, or maybe Wylde is just a big fan of Christmas; either way, the group gets bonus points for the most descriptively and accurately named Christmas album on his list.

10. We Three Kings
The Reverend Horton Heat (2005) If anyone was going to make a psychobilly Christmas album, it was going to be the Reverend Horton Heat. As opposed to some bands, whose holiday "albums" only contain a few songs, RHH put out a full thirteen-song, 40-minute disc. We Three Kings is made up of a dozen classic Christmas covers and one new original song ("Santa on the Roof"), but they're all unmistakably done in the outlandish style of RHH. Don't act like you've never wanted to hear a spunky three-piece play through "Jingle Bells" and "Frosty the Snowman" on an upright bass.

9. Christmas Is 4 Ever
Bootsy Collins (2006)
Without a doubt the funkiest Christmas album we found, Christmas Is 4 Ever doesn't exactly feature any holiday covers, but it does contain several reimaginings of songs. Tunes like "Jingle Belz," "Winterfunkyland" and "Dis-Christmiss" might not be the exact versions of the classics you'll hear elsewhere, but what else would you expect from the Parliament-Funkadelic bassist? If you're looking to add a bit of funky flair to your holiday soundtrack, you should start here.

7. Christmas in the Heart
Bob Dylan (2009)
Bob Dylan's never been afraid to adopt a different persona to put out music from a different point of view, so it's no surprise that the once-Jewish legend released a Christmas record for his 34th studio album. Dylan's profits from the album went to charity, and thanks largely in part to his instant name recognition, the album charted significantly higher (No. 23 on the Billboard 200) than holiday albums typically do. Never afraid of covers, Dylan's signature sound on classics like "Little Drummer Boy" and "Have Yourself a Merry Little Christmas" works surprisingly well.

4. A Dipset X-mas
Jim Jones (2006)
For those who have trouble keeping their mid-2000s rappers named Jones straight, Jim was the one who was "Ballin'," not the one who gave out his phone number ("Who? Mike Jones"). Why did the Harlem-based rapper make a Christmas album? We're not sure, but we're guessing it was to capitalize on his one-hit-wonder status. Regardless, who doesn't want to listen to instant classics like "Ballin' on X-mas" and "Dipset X-mas Time." At least he knows what he's known for, as the remix of his hit "We Fly High" is also on the album.

3. Snoop Dogg Presents: Christmas in tha Dogg House
Snoop Dogg (2008)
We've never done Christmas with Snoop, but we're thinking that it's probably a pretty good time. For his Christmas album, Snoop isn't even featured on every track, letting some of his friends in the rap game take over for about half of the album. It's certainly not your grandmother's Christmas album, but listening to Snoop and Nate Dogg team up on songs like "Twas the Night Before Xmas" brings us back to the good ol' days of golden-age rap. Plus, how can you not want to hear a track called "A Pimp's Christmas Song" at least once?

2. Punk Rawk Christmas
MxPx (2009)
Although many believe the skate-punk staple spent the better part of its career trying to distance itself from the early categorization as "Christian punk," it certainly embraced the Christmas theme with this December 2009 release. Plenty of pop-punk bands have put out Christmas songs, but few have committed an entire fourteen-song (sixteen if you got the limited edition) album to the holiday. Even though Mike Herrera was well into his thirties by the time the album was released, it still has that teenage humor and emotion that MxPx has been using for over twenty years.

1. A Colt 45 Christmas
Afroman (2006)
There's only one artist out there who would make an album full of Christmas parody songs like "Deck My Balls," "12 J's of X-Mas," and "O Chronic Tree." That's right, the West Coast rapper most famous for "Because I Got High" put out the Christmas album that you'll definitely never hear at a church's holiday party. It takes some effort to find a Christmas record that comes with a "Parental Advisory" sticker, but Afroman has done that and then some. Next time you're with one of those people who blast Christmas music obnoxiously loud in their car, pull this up on your phone instead.

The 15 Most Ridiculous Band Promo Photos Ever
"Where Did My Dick Go?"
The Gathering of the Juggalos' Best Overheard Quotations
I Pissed Off Megadeth This Week, My (Former) Favorite Band
The Top Ten Ways to Piss Off Your Bartender at a Music Venue