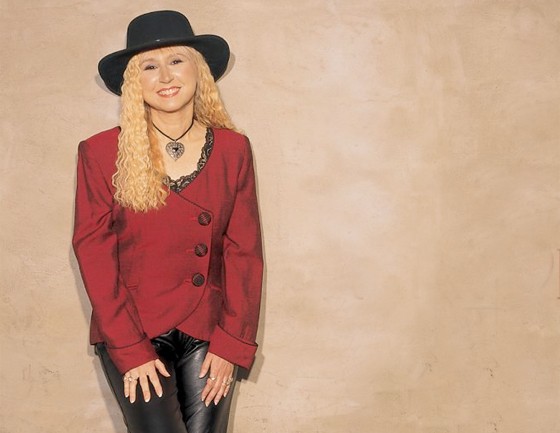 The Kendalls were one of the most unlikely male-female duos in country music. Hailing from St. Louis, Royce and Jeannie Kendall recorded one of the classic cheating songs in a genre that knows how to cheat: "Heaven's Just a Sin Away." The fact that the two were father and daughter mattered little to country-music fans.

The song shot up to No. 1 on the country charts in 1977 and was quickly followed by more tunes cut from the same negligee: "It Don't Feel Like Sinnin' to Me," "Sweet Desire" and "You'd Make an Angel Want to Cheat." The themes could make Conway Twitty blush, but the music would make you dance, and the duo's harmonies — with Royce holding down the low end and Jeannie taking the lead with a high, pure tone somewhere between Dolly Parton and Kitty Wells — always invited listeners to sing along.

"Smoky Mountain Christmas" is a very different kind of sing-along. And while the tune surely alludes to Dolly (if not the forgettable — assuming you weren't scarred by it — TV special of the same name), it was written by Andrea Hamlin and Brien Fisher and, as performed by Jeannie Kendall, can be found on the splendid compilation O Christmas Tree!: A Bluegrass Collection for the Holidays. With rippling dobro and wood-chopping mandolin behind her, Kendall evokes a holiday family gathering that seems straight out of Norman Rockwell; with her pealing, lightly-frayed soprano, however, Kendall makes the scene real to even the most city of folk.

Going solo: In 1998, Kendall's father and lifelong singing partner suffered a stroke and died before a show in La Crosse, Wisconsin. It took years for his daughter to return to recording. Her self-titled 2003 album — featuring help from Alan Jackson, Alison Krauss and Ricky Skaggs — is as good as contemporary bluegrass gets.

A Starr is born: As a teenager, Jeannie Kendall got her first break, a chance to sing on Ringo Starr's country outting Beaucoups of Blues. Her harmonies on Chuck Howard's "I Wouldn't Have You Any Other Way" made the cut one of the most memorable on the album.