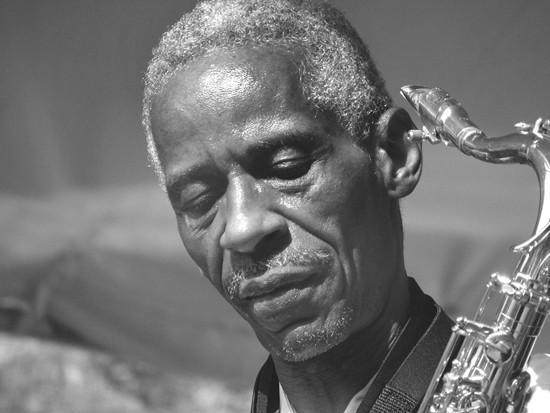 While last month brought a solid 30-day stretch for fans of experimental sound, December offers a sparse selection of shows. What's that whole phrase about quantity and quality? November had a wealth of both, but this month brings the free-jazz luminary Roscoe Mitchell, the psychedelic buzzing of Bitchin Bajas and a showcase of seven local artists. Gorge on great shows and ring in the new year fat and happy.

New Music Circle presents: Roscoe Mitchell and Craig Taborn Friday, December 5 The Stage at KDHX 7:30 p.m. | $15-$25 A fixture in American free-jazz, Roscoe Mitchell has produced more than five decades' worth of distinct compositions and improvised music. His seminal work, 1966's Sound, is a highly influential record throughout the greater experimental music community. To this day, his involvement in the Association for Advancement of Creative Musicians and the Art Ensemble of Chicago continues to inform Mitchell's groundbreaking style of disparate playing. By taking a minimalist approach to saxophone, he ensures that every note feels heavy and deliberate. On this night, Mitchell will perform in a special duo with renowned New York pianist Craig Taborn.

The Society for Creative Survival presents: SOLILOQUY w/ David Scott Parker, Henry Claude, Alex Cunningham, George Sams, Tracy Andreotti, Dave Stone, Greg Mills Tuesday, December 16 Tavern of Fine Arts 7:30 p.m. | free SOLILOQUY is the second event in a new series that aims to spotlight experimental artists -- both old and new. This showcase of consecutive solo performances, led by David Scott Parker, features local players with varying degrees of skill and experience. From the whirling saxophone of Dave Stone to Tracy Andreotti's screaming cello, this event shows the shape of St. Louis experimental music -- all in a few hours' time. While the event is free to attend, bring a fistful of dollars for the Society for Creative Survival's *ahem* survival.