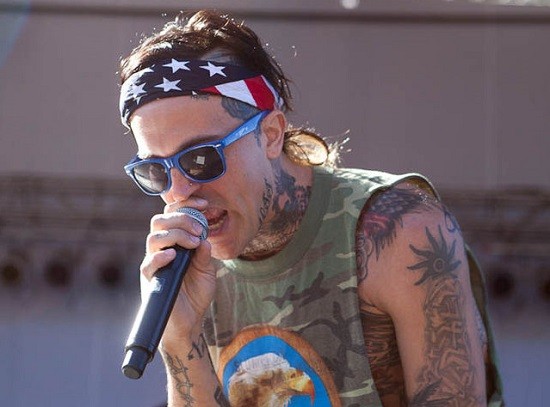 Before the year's over, hip-hop has decided to take a major swing (and a hit) in St. Louis: This month, we've got emcees from every corner of the U.S. coming through. As it gets colder, warm up with a little heat from some of our favorite artists from New York, Philadelphia, Alabama, California and the good ol' Lou. Hopefully we'll get a little head-nodding and booty-shaking out of you, too.

Yelawolf had a rocky start to his rap career. After self-releasing a few projects and getting dropped from Columbia Records, the heavily tattooed rapper was finally picked up by Interscope in 2010 and Shady Records in 2011. Since then, it's been bliss: The Yelawolf now has four studio albums under his belt as well as an engagement to Canadian singer Fefe Dobson. He is also now slated to release his next project Love Story with Shady Records. Come early to catch Strange Music signee Rittz.

After dropping her debut project Kollage in 1996, Bahamadia's career came and went for awhile. However, it now seems like the self-proclaimed queen of underground hip-hop is here to stay. After the success of her 2006 album Good Rap Music, the Philly rapper is now promoting her fourth release Here, which features collaborations with many notable artists, including Erykah Badu, Talib Kweli and Sweetback.

Lil Debbie? More like Lil Spitfire. The California born and bred rapper first got her name with the now extinct rap group White Girl Mob, which included the infamous Kreayshawn and V-Nasty. While Kreayshawn stole the limelight for a while with the song "Gucci Gucci," it now seems to be Debbie's turn. Have you heard her songs "Slot Machine" and "Bitches"? If not, take a listen -- Lil Debbie stays winning.

Indyground was founded in Columbia in 2004. Since then, the indie label has released over 30 projects by some of St. Louis' most beloved rappers, including Farout, DJ Mahf, Dom Chronicles and Steddy P. The label usually hosts a huge annual end-of-the-year bash in Columbia, but last year, Indyground switched things up by launching a Live In Concert series at 2720 Cherokee in June and December. Arrive on time to witness the natural energy and positive vibes of Indyground's full artist roster, plus a few others.