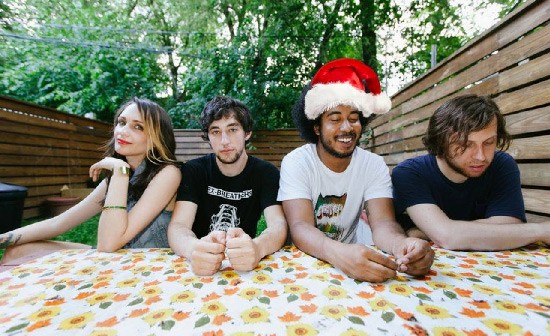 This year alone, Massachusetts quartet Speedy Ortiz has played more festivals around the world than most bands have in their entire careers. And although the group hasn't had a chance to come through St. Louis in 2014, its four members just sent $1,000 to the Ferguson Public Library. What started as an Internet freebie for Black Friday quickly turned into a brief yet effective fundraising campaign. The story unfolded on Facebook over the weekend.

For its three-year anniversary, Speedy Ortiz made a playful jab at Black Friday consumerism by posting its first two albums for free on Facebook that very afternoon:

When downloading music from a Bandcamp page, users are asked to enter a dollar amount even if the songs are being offered for free. Unsolicited, many fans showed their support by throwing Speedy Ortiz a couple bucks here and there. Within 24 hours, the band had earned a few hundred dollars:

After a positive response, the band asked for one final push and ultimately met its goal of $1,000:

At the time of this article, both albums have been taken down.

The dream of the '90s is alive and well in Speedy Ortiz. So if you're the type who still laments the loss of My So-Called Life or Daria, peruse the band's website here. No good deed should go unrewarded.