The Schwag Helps the Shanti Close on a High Note: Photos 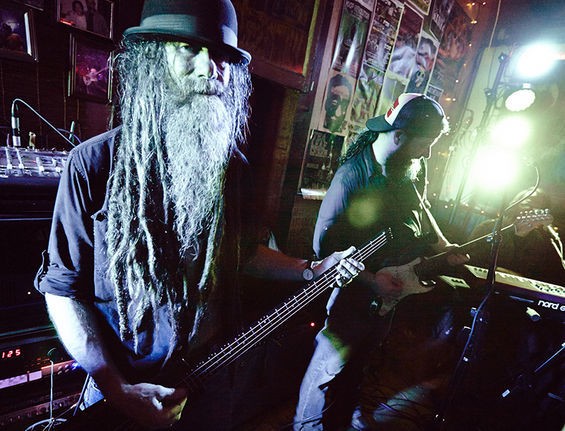 One of St. Louis' beloved institutions closed its doors over the weekend, with staff members surrounded by familiar faces, tunes and scents.

The Shanti, a self-proclaimed "hippie bar" that opened in Soulard in 1999, marked the end of an era on November 29, 2014, with a blow-out jam dedicated to its loyal customers. "We have been blessed with all the musicians that walk through our door," owner Teresa Parker told RFT Music in May. "We're a hippie bar, so we've mostly featured jam bands -- a lot of Grateful Dead bands -- but we also have blues and a lot of bluegrass."

With the scent of patchouli hanging in the air, Grateful Dead cover band the Schwag reminded Shanti fans what a long, strange trip it's been as the bartenders served brew after brew and fires blazed out in the courtyard. Earlier in the day, bluegrass/classic rock outfit Pik'nLik'n performed, the band's own farewell after thirteen years.

See also: Photos: The Schwag Plays the Shanti's Final Show The Shanti in Soulard To Close in November

Known as a haven for locals, the Shanti became a Mardi Gras staple and a home for Grateful Dead fans during its fifteen years on Allen Avenue. Riverfront Times photographer Steve Truesdell reports that the joint was packed and the atmosphere was jubilant for the final celebration. Below, we bid a fond farewell to the Shanti with a few of our favorite photos from the night, but you can see our full slideshow here.

Inside the Shanti, Grateful Dead fans reveled in the Schwag's music: 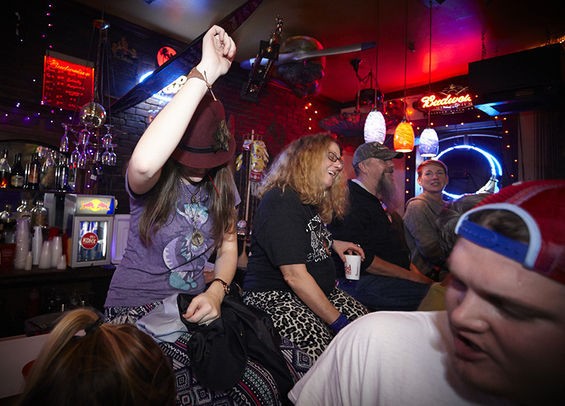 Outside in the courtyard, people were blazing up the fun, as well:

We saw both interesting and familiar characters at the bar:

And we fondly perused the stickered corridor:

One more verse before we're truckin':