It's the end of an era for one of St. Louis' most respected yet most underrated bands.

Kentucky Knife Fight played its final show November 22 at Off Broadway. After nearly a decade of blending folk, Americana, blues, rock, garage and a smorgasbord of other musical genres, the band decided to end its run with a farewell show full of longtime hits as well as tunes from its 2013 album Hush Hush.

Maybe the theft of its touring van proved too vexing for the group to overcome. Or maybe KKF had too varied of a sound to fit into one easily marketable genre. Either way, St. Louis has lost one of its beloved musical totems.

In the weeks leading up to the band's final performance, Kentucky Knife Fight had posted a number of videos, photos and general memories to its Facebook page. Always grateful for the support that fans in the Gateway City and beyond have provided, KKF penned the following as part of a thank-you note:

It's been one hell of a journey. Some of you saw us take our first steps onto the tiny Stagger Inn stage. We had four songs to our name and no understanding of how it would go over. Well, it went over. Again and again.

Thank you for sharing this experience with us. It's been our pleasure performing for you; it's been our honor getting to know you. We appreciate the passion you have for our music and we're flattered to hear about its effect on your life.

Below, check out some of our favorite photos from Kentucky Knife Fight's final concert (and see the night's full slideshow here). We're sure going to miss those guys. 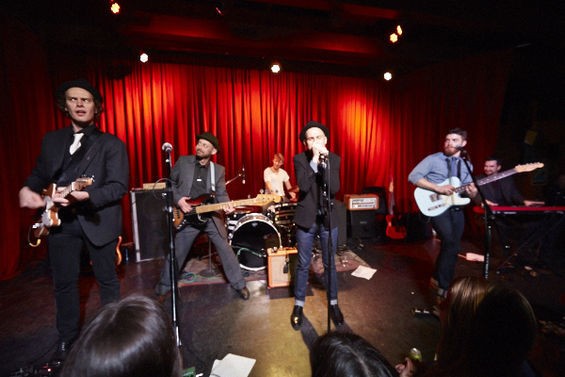