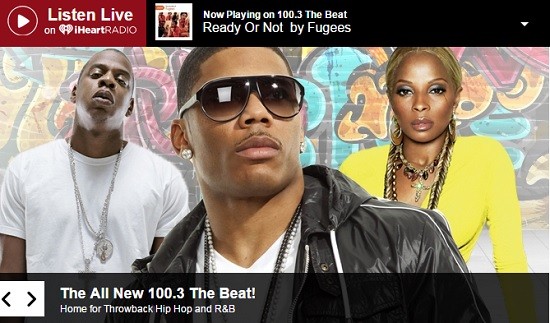 St. Louis' 100.3 FM (KMJM) radio station officially switched formats on Tuesday, November 18. Abandoning its prior incarnation as Majic 100.3, which peddled in urban adult-contemporary music, the station's parent company iHeartMedia has rebranded the station as 100.3 the Beat, with a focus on classic hip-hop and R&B.

Some readers may find that name to be familiar. For years, the FM frequency operated under that same moniker -- with a similar format -- until 2009 when it switched to a modern adult-contemporary style and was dubbed "The Sound." Boyz II Men's "End of the Road" was the last song played before the switch, and Owl City's "Fireflies" ushered in the new style.

Just one year after that, on December 26, 2010, the frequency switched formats again, and the much-missed Gen X Radio was born. The station focused primarily on alternative music from the '90s -- think of 105.7 the Point's "Wayback Weekend," but all of the time. A year after that it became "The Brew," focusing on classic rock, because for some reason radio folks seem to think St. Louis doesn't already have enough of that in our lives. The Brew lasted a scant five months before its conversion to Majic 100.3 on November 7, 2012.

And that brings us to the present.

"The all new 100.3 the Beat will bring back the fun times of an older hip-hop and R&B generation while continuing to serve the local community, playing the music our listeners want to hear," Beth Davis, regional market president of iHeartMedia St. Louis, says in a statement. "I'm confident 100.3 the Beat listeners will remember where they were, who they were hanging out with and how they were feeling with every song we play."

Nas' "One Mic," playing while this article was written.

Now, the station serves up music from artists such as Nas, Notorious B.I.G., Geto Boys, R. Kelly and Dr. Dre. In our book this is a good thing, but based on the station's history of constant format shifts, we don't want to get our hopes up too high.

In the meantime, though, enjoy it while it lasts. For more info, visit the station's official website.