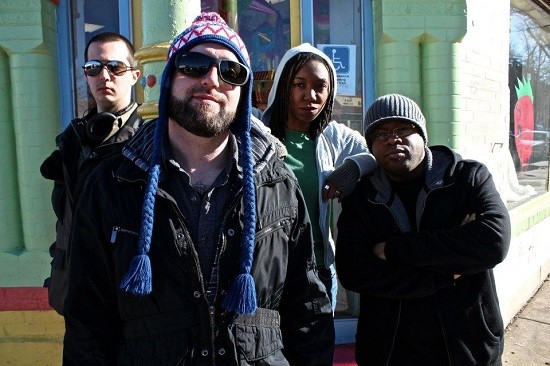 It's becoming obvious, if it wasn't already, that nearly every hip-hop album released in St. Louis will have to contend with the Ferguson situation in some fashion, and Mathias & the Pirates wastes no time speaking out on current events on this six-song EP. Opening cut "The Panic Button" validates righteous anger but preaches for cooler heads to prevail, and aside from a chant of "hands up, don't shoot," the message of empowerment over oppression rings eternal. Setting the song to a reggae rhythm does more than allow for a quick reference to "I Shot the Sheriff"; it's the music of revolution and empowerment, and the Pirates take full advantage of that history to encourage spiritual and social uplift.

See also: Mathias & the Pirates' Life of the Buzzard: Read the Homespun Review and Listen 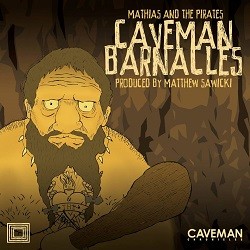 Using island rhythms isn't the only evolution of Mathias & the Pirates' sound. Last year's Life of the Buzzard mixed sea shanties with hip-hop beats, but Matthew Sawicki's production gives each track a different flavor. LA freestyler Aceyalone drops a verse on the uptown swing of "Witness," and Terry Grohman's tenor sax whips and weaves around the lyricists with buzzy resonance. Elsewhere on the EP, the mood can be pensive and airy or, as on the remix of "Shark Week," detached and slightly psychedelic, but no less entrancing.

As on the previous album, Mathias gives his bandmates ample time to shine. Ms. Vizion stands tall on "Weather Report," moving from spoken-word seriousness to full-throated singing in a flash. A storm is brewing, and it's Vizion's parts, more than Mathias' boilerplate complaints, that make the song a fitting, brooding centerpiece for a recording released during the steady boil of civic unrest. Caveman Barnacles isn't purely rooted in the here and how; some of its best bits are more personal than political.

"Legends of the Fall" kicks off with a Snoop Dogg reference, but like tracks on Buzzard, Mathias celebrates hip-hop's 1980s golden age while dissing up-and-comers ignorant of history. His tastes are holistic, though, from quoting Carly Simon's "You're So Vain" in the chorus to some half-hearted threats to quit the game in favor other musical styles. It's a good bet that Mathias is making empty threats — at least I hope so. Caveman Barnacles is the Pirates' best work so far: clear-eyed, politically engaged and musically dexterous.

Listen to the album in full below: