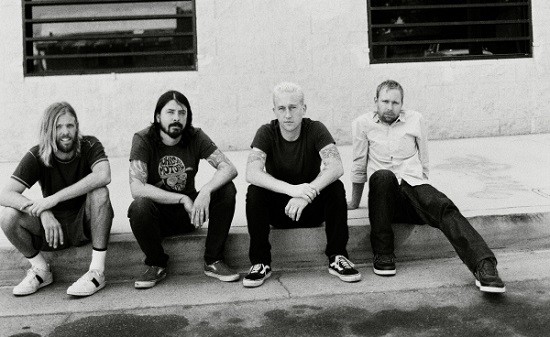 Get ready for some hair-raising news: Foo Fighters just announced plans to visit St. Louis during its massive tour in 2015.

Dave Grohl, his mustache and those other guys will bring a well-groomed Sonic Highways World Tour to Verizon Wireless Amphitheater on Wednesday, August 19. Tickets will go on sale at 10 a.m. Friday, December 5, at livenation.com, by calling 800-745-3000 and in Ticketmaster retail outlets. Fans can get an early hairy, er, merry Christmas gift in the form of a presale from 10 a.m. to 4 p.m. this Saturday, November 22, at the VWA box office. Online presales will commence December 1.

See also: - Kristeen Young Performs With Dave Grohl and Pat Smear on Late Late Show - Dave Grohl On His Film Tribute to the Studio That Gave the World Nevermind

For the tour, Grohl will reunite with Taylor Hawkins, Nate Mendel, Chris Shiflett and Pat Smear, but he'll also draw strength from the one who has rarely left his sight -- his mustache. Though the whiskers have slightly changed form over the years, their power cannot be denied.

The North American leg of Foo Fighters' Sonic Highways World Tour kicks off July 4 in Washington, D.C. Find more information at foofighters.com and livenation.com. In the meantime, enjoy Grohl's face beaver in the video for "Something from Nothing," the lead single from Sonic Highways.