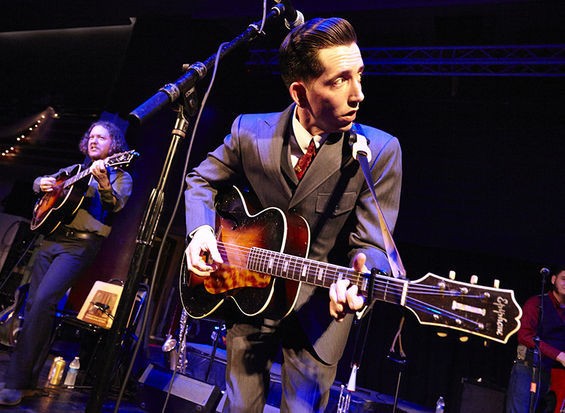 St. Louis' Pokey LaFarge announced late last week that he has signed a deal with Nashville's Rounder Records, which since 1970 has served as home to big-name acts such as Robert Plant, Béla Fleck, Ween, Son Volt and many more.

LaFarge has spent much of 2014 touring the world -- with stops across the United States, New Zealand, Europe, Australia and India -- as well as finishing up work on the followup record to 2013's self-titled LP, which was released on Jack White's Third Man Records.

"I've been listening to music for a long time, and I've come to know and love Rounder as purveyors of fine roots music of all kinds," LaFarge says in the announcement. "Their discerning taste, yet open-mindedness towards all styles of music, casts an eye towards one bottom-line element: quality.

"I'm thrilled to join the Rounder catalog," he continues, "alongside Mississippi John Hurt, Leon Redbone, Flaco Jimenez, the Del McCoury Band, Doc Watson, the Skatalites, JD McPherson and many more champions of music that mean so much to me."

"We are thrilled that Pokey LaFarge has joined the Rounder family," adds Scott Billington, Rounder's vice president of A&R. "His sound and his songs tap the deep roots of American music in a way that is both original and highly entertaining, and in that sense he has always seemed like a Rounder artist. So, welcome home, Pokey!"

Watch a video of LaFarge's performance at at the Moulin Blues Festival in the Netherlands from May of this year, below: