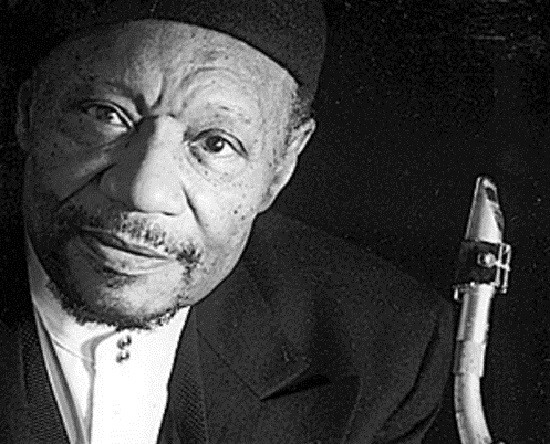 Sain was a renowned saxophonist, band leader, producer, composer and arranger who, after founding Archway Studios in 1965, recorded the likes of Ike and Tina Turner, Johnnie Johnson, Fontella Bass and hundreds of other blues and R&B artists at his north-city studio.

Some of that history went quite literally out the window earlier this month, according to his widow, Ruby Sain. She says thieves broke into a second-story window and carried out a haul of recording equipment and instruments from the first-floor studio including a soundboard, speakers, a keyboard, a guitar and two saxophones. They also gutted the building of copper and scrap metals.

"The whole thing, it's cleaned out," Sain says of the studio. She found the damage nearly two weeks ago. The building, located on Natural Bridge Avenue in the Penrose neighborhood, had begun to fall into disrepair. Scrappers had stolen air conditioners from first-floor windows about a month earlier, she said. Citing frustrations with police following a break-in a couple years earlier, she did not report the recent burglary to police.

"That was his heart. He built that studio with his own two hands," Ruby says. "It's just devastating to me. It hurts me just right down to the bone."

Ruby lived with Oliver for more than twenty years in the building's second-floor apartment before he became sick and died in 2003. She says one of her fondest memories of the place was how he would slip out of bed at night to go downstairs to practice saxophone and make recordings. She also remembers listening to the recording sessions through the floorboards as she would cook greens and fried catfish for the musicians.

Some of those sessions were extraordinarily influential in cultivating St. Louis' music scene, says Jeremy Segel-Moss, vice-president of the St. Louis Blues Society and guitarist for the Bottoms Up Blues Gang. Archway Studios "was the studio to record in," he says. "Oliver played a huge role in St. Louis for years and years."

The St. Louis Blues Society helped board up the building late last week to prevent more looters or damage, and is working with Ruby to get any remaining valuables out of the building to protect them, Segel-Moss says. "The equipment is one thing, but the content of whatever was in [the studio] as far as music is what's most important for us to save."

As for the fate of the building, Ruby says, she would love to see her husband's dream for it become real -- a music school for disadvantaged children. She said previous attempts to find grant money to revamp the studio into a school or museum have been unsuccessful.

Segel-Moss says there are no plans yet for his organization to rehab the studio, but it is "working hand-in-hand with Ruby" to assess the building to see if restoring it would be feasible.