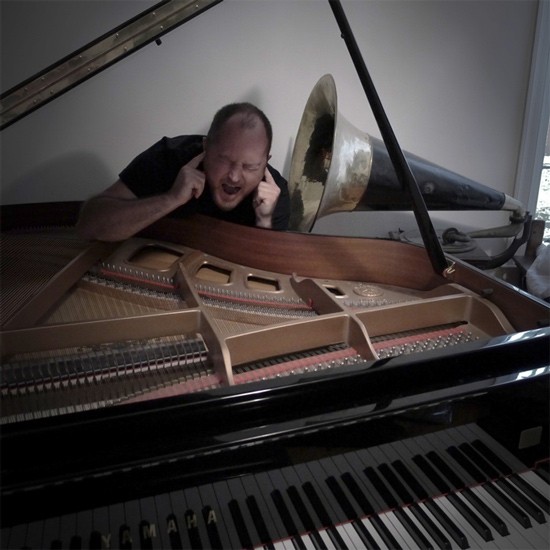 "Noise" has become a blanket term for bands that explore and experiment around the beaten path. The genre, like others, is huge and diverse, but it isn't without its share of hangups. That's why we're here. Every month, we supply a short list of sure bets in St. Louis, ranging from needlessly complex to minimalist drone. Connect the weird to your ears.

November 2014 is a great time to be living in St. Louis -- unless you're against same-sex marriage, that is. But you're not here for small talk about current events, you're here to read about outsider art, free improvisations and other things loosely referred to as "jazz." We typically feature three to five shows in this column, but this month is so densely packed and rich with great acts, we couldn't omit a single event.

Timeghost w/ Bernard Herman, Janet, Perverted November 7 The Revisionist Inn 9 p.m. | $8 Providence, Rhode Island, native Timeghost makes a viscous soundscape -- one rife with white noise and harmonious drone. While he works with dense walls to build an oppressive atmosphere, sets tend to break with rhythmic builds. By mixing abrasive bursts with structure, Timeghost brings an accessibility that is typically a rarity in this line of music. Opening acts include two of St. Louis' most provocative acts: Janet and Perverted.

New Music Circle presents: Eli Keszler w/ Rashad Becker November 8 The Luminary 7:30 p.m. | $10-$20 This night is the culmination of Eli Keszler and Rashad Becker's St. Louis residency, which includes both a workshop and DJ night (November 6 at the Schlafly Tap Room). Kezler has a textural approach to percussion, using pressure to build flourishes off of a standard drum set. His solo performances include an installation with piano strings, which he uses in tandem with a complex palette of sound. What he is able to achieve alone exceeds the breadth of many full ensembles. Berlin-native Rashad Becker will open the evening with a performance using samples and distinctive aural manipulations.

Three Kinds of Wildness: A Play w/ Dan Talbot, Russian Tsarlag November 17 The Revisionist Inn 7 p.m. | $10 Der Vorführeffekt Theatre presents Three Kinds of Wildness, a traveling play by Donna Oblongata. This pocket presentation comes accompanied by a full lineup of experimental music. The Revisionist Inn is an intimate space, so expect a deeply personal performance. Russian Tsarlag has brought its gloomy wave through town before, so some showgoers might already be familiar with the act's wavey gloom and doom.

Honorable Mention: Vernacular String Trio w/ Nexus, Creative Delusions November 25 Tavern of Fine Arts 7:30 p.m. | free Let's call this one an honorable mention. Not because the acts are subpar -- far from it. All the groups involved feature local players in Greg Mills, Tracy Andreotti, Alexander Cunningham, Joshua Weinstein, Dave Stone, Ajay Khanna, Jeremy Melsha, Henry Claude, Tracy Andeotti and David Parker. We can't properly preview the show because none of these groups have prior recordings to share, but the collaborators here all have ample experience in delivering highly intricate, involved music.