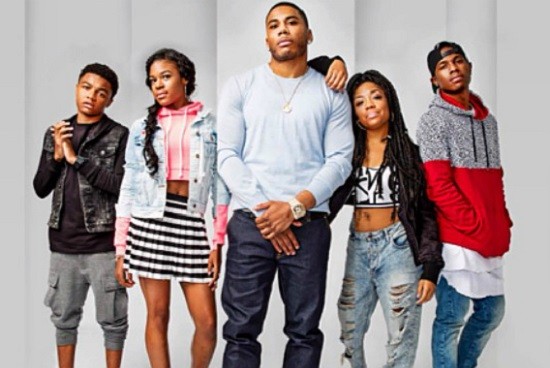 Last month left us confused and sick with anticipation after we saw the release of a suspenseful and mysterious teaser for Nelly's new BET-based reality show, Nellyville. Luckily, our fears that we'd simply be watching Nelly sleep through eight-hour-long episodes were quelled with the full-length trailer. This time, Nelly was awake long enough to give us a more in-depth synopsis of his show.

See also: Sleepy Nelly Wakes Up at 10 A.M., Gets Out of Bed, Adjusts Shorts a Little: Video

After a brief recitation of his many accolades (rapper, movie star, entrepreneur and family man), Nelly introduces us to his Brady Bunch clan. The show will focus primarily on Nelly's family, and the cast will include his sassy college-aged daughter Channelle, a.k.a. "Nana," who just wants to go clubbin' with her friends; Cornell, a.k.a. "Tre," the football addict who just wants to drink his chocolate milk in peace; Sydney, a.k.a. "Stink," a table-dancing, drinking, model wannabe who just wants her Uncle Nelly to shut the hell up about her partying ways; and Shawn, a.k.a. "Lil Shawn," an aspiring rapper and possible Foot Locker employee who just wants to drive his uncle's slick new ride.

Prepare to see Nelly in full-on parental mode as he reprimands his kids for dancing on coffee tables and driving (alright, stealing) his fancy cars. It's a little disconcerting to see the man who taught a generation of St. Louis kids about "street sweepers" and gave us masterpieces like the "Tip Drill" video losing his cool about some kids semi-partying in a dorm room, but as Nelly would tell you of his family, "We all we got".

We've seen plenty of similar shows starring C-list celebrities with fading fame try to re-grab the spotlight, and it would be easy to write this show off as a loss. After seeing the full trailer, though, Nellyville may just surprise us yet. All in all, it looks like a friendly show about his blended family (Nelly adopted his sister Jaqueline Donahue's two children after she died from a very long and public battle with leukemia) and relationship with his new girlfriend, Shantel Jackson. The hourlong episodes will give us an inside look into Nelly's day-to-day life and seem to promise hijinks aplenty. Who knows? Maybe we'll actually see a few heartwarming moments from the "Hot in Herre" rapper.

Nellyville's first episode will air on BET on November 25. Set your DVRs.