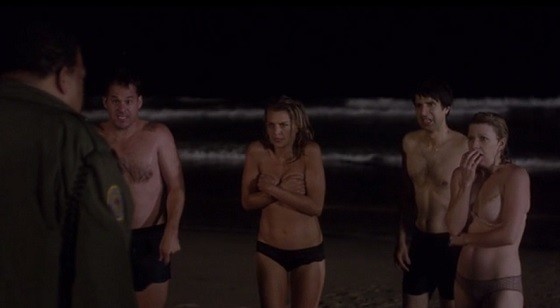 Most local musicians don't aim to have their songs on Dance Moms and other reality shows. Sometimes they're just lucky that way.

Actually, a bit more than luck brought indie-pop band Scarlet Tanager together with the Lifetime television program in 2013. As we note in this week's feature story, the St. Louis group had licensed songs to a major music library that places tunes in television shows. Rock group Pretty Little Empire also has had success placing songs on TV and in film, though that band accomplished the feat not via a song library but through people already familiar with its catalog.

So what's the deal? Do musicians give up the rights to their songs when they let an entertainment entity use the tunes?

See also: Movie and Television Licensing Deals Provide Exposure for Bands in St. Louis and Beyond

In most cases, it's OK to relax. Though situations vary, entertainment attorney Gary Pierson says that for this type of usage -- "sync placements," he calls them -- creative agencies, filmmakers, video game developers and other agents generally must obtain permission from the songwriter to use music commercially in a specific way.

"They don't end up owning it unless there's a separate transaction where the owners want to assign the actual ownership," Pierson explains. "It's just the right to use it in a certain context, and the terms usually are very specific -- how long the piece is, how long they can use it for, what campaign it will be part of, and so on."

Scarlet Tanager and Pretty Little Empire were compensated for the use of their songs, and Pierson says that's the case for many bands -- but not for all of them. To gain exposure, some groups may grant permission to use a song or two for no monetary compensation.

"There is value in having sync placements even if they don't pay immediately; you just have to be careful how much you're willing to give up for that," Pierson cautions. "There's the whole 'You gave it away free once, so you should give it away free again' thing that's a danger.

"This is an artistic decision, too," Pierson continues. "It's really easy for me to say 'The way to get the most money out of your music is to make people pay you,' but if you're an artist who just wants people to hear your music, I can't really tell you if it's the right thing or not. It definitely is a different value, and sometimes you can't totally measure that."

RFT Music is interested in hearing from other musicians and attorneys who have licensed songs to big-name entertainment projects, as well as from those who have turned such deals down. Email your story to allison.babka@riverfronttimes.com, and we may be in touch!

In the meantime, check out a few of Scarlet Tanager's and Pretty Little Empire's more popular sync placements. You may be surprised at where you've heard these St. Louis bands.

PRETTY LITTLE EMPIRE FOR THE LAST TIME YOU HAD FUN

The Last Time You Had Fun Clip - Arrested from mo perkins on Vimeo.

"Now Is Not the Time" is just one of the five songs that Pretty Little Empire licensed to the indie flick The Last Time You Had Fun. In this clip from the film, the song from 2010's Reasons and Rooms provides atmosphere as a friendly foursome spontaneously frolicks on the beach. The film, which stars comedian Demetri Martin, has been making the rounds on the festival circuit this year to great acclaim.

These days, even grandmas have GoPro -- the camera that prides itself on its unique perspective during both basic and extreme activities -- so of course GoPro would use national ads to attract a wide audience. Scarlet Tanager members awoke one morning to a text cheering for their song that was in this cute spot for GoPro. The band didn't know ahead of time, but it turned out that "Burn Burn Burn" from 2011's American Songbird was a perfect fit for the shutterbug brand.

In 2013, New Balance -- the national shoe and apparel company that's based in St. Louis -- launched its 990 Made in the USA line of clothing and tapped Pretty Little Empire to provide music for its promo spots. The song in this clip is "Something More" from PLE's 2013 self-titled album, and the ad was filmed locally. Recognize any of the locations?

Thanks to music library Extreme Music's reach, Scarlet Tanager's tunes have been featured on plenty of MTV and Viacom television properties, including Catfish, The Real World and Dance Moms. During season three of the jazz-handed reality show, Hadley Walts danced to "The Gold Couch," Scarlet Tanager's song from American Songbird. But did she really? That's still up for debate. "I still can't tell if they dubbed it over and she's not really dancing to it," says Scarlet Tanager vocalist and songwriter Susan Logsdon, wondering if the television show added the song in post-production. "But I think she is."